Three terrorists were shot dead and one jawan succumbed to injuries in an encounter on Tuesday.


Kulgam: Three terrorists were shot dead and one jawan succumbed to injuries in an encounter here on Tuesday.

The encounter began early this morning following a tip-off about presence of terrorists in Redwani area of this district.

"The bodies of the slain terrorists were recovered from the encounter site; the identities and affiliations are still being ascertained," a statement from the security forces read.

The jawan of the Rashtriya Rifles who had sustained injuries in the encounter was rushed to a nearby hospital. However, he eventually succumbed to injuries later. 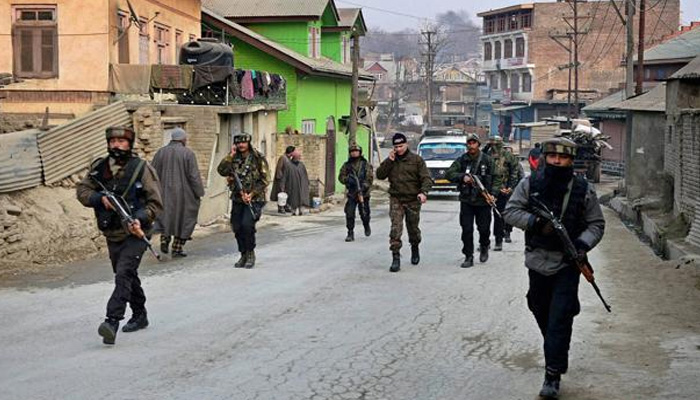 Incriminating materials including arms and ammunition were recovered from the site of the encounter. The Jammu and Kashmir Police has registered a case.

On November 25, six terrorists were shot dead by security personnel in Kapran Batagund area during a gun battle in Shopian district.

On November 22, one civilian sustained injuries in cross fire between terrorists and security personnel in the Kulgam district. The exchange of fire ensued after terrorists fired upon an Army camp in Khudwani area of the district. (ANI)

J&K: One terrorist killed in encounter between security forces, terrorists