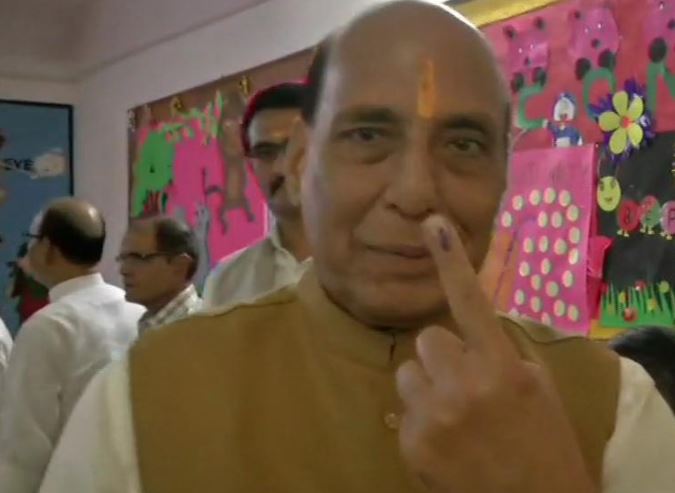 Lucknow BJP candidate Rajnath Singh expressed confidence about BJP getting a full majority and that Prime Minister Narendra Modi will get a second term. Rajnath Singh's son Pankaj Singh also cast his votes at a polling booth in Lucknow.

"I leave it to voters. The right to write the character role of a candidate lies with voters of the constituency. I am assured that BJP will get a full majority and Narendra Modi will become Prime Minister again," said Rajnath Singh. 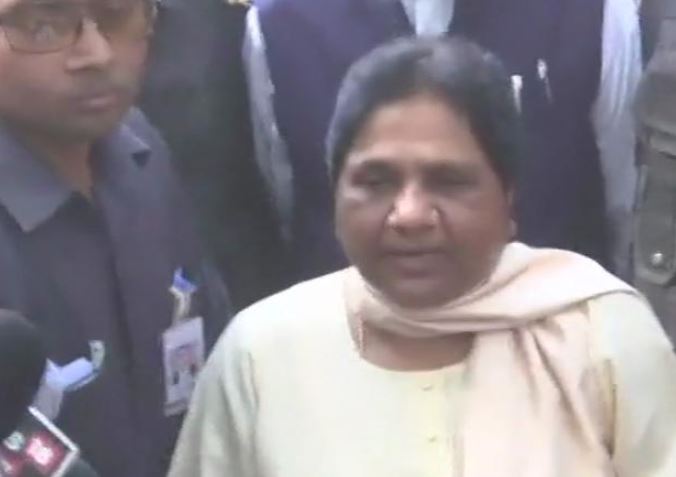 "The value of the vote of everyone is the same either poor or rich. I request all to come out and exercise their right to vote. I request all voters to go to their respective polling booths and use their vote for the country and public welfare. Youth, elder and women all should come in large number for the vote," said Mayawati. 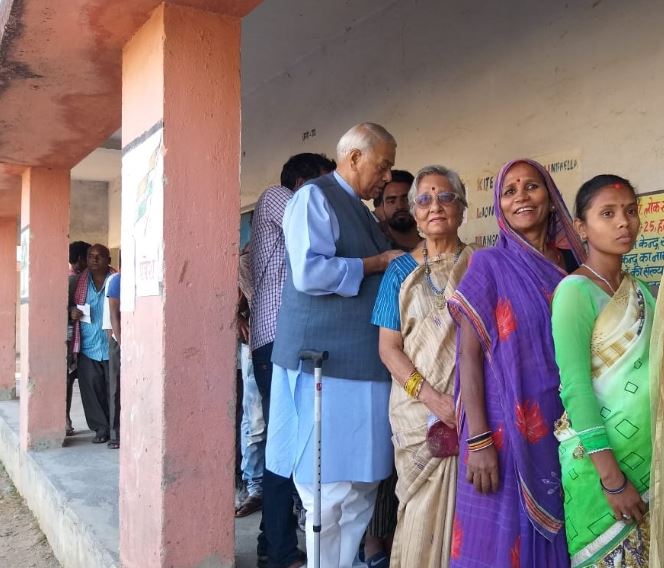 "In 2014 I decided on my own that I will not contest because you are seeing what happened with others. Now my son is in the fray," said Yashwant Sinha.

Yashwant Sinha and his wife Nilima Sinha arrived together and stood in line to cast their votes. 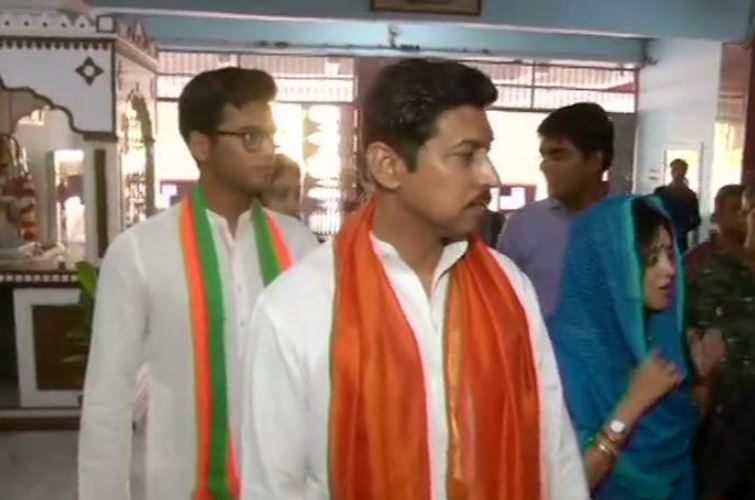 Sanjay Seth the BJP candidate from Ranchi after voting who cast his vote said: "Before coming here to cast my vote, I went to the temple of Goddess Kali, Lord Hanuman, Lord Ganesha and Lord Shani Maharaj. I pray to God and asked for more strength to serve the people," said Sanjay Seth.

Polling for the fifth phase began at 7 am and will continue till 6 pm, amid elaborate security arrangements. Fourteen seats in Uttar Pradesh, 12 in Rajasthan, seven each in West Bengal and Madhya Pradesh, five in Bihar and four in Jharkhand are undergoing polling in addition to Ladakh and Anantnag constituencies in Jammu and Kashmir. (ANI)