The Congress on Tuesday released its manifesto for the upcoming Lok Sabha elections with its president Rahul Gandhi describing it as the "voice of people".

New Delhi: The Congress on Tuesday released its manifesto for the upcoming Lok Sabha elections with its president Rahul Gandhi describing it as the "voice of people".

The 55-page manifesto talks about five crucial issues – Kaam (employment and growth), Daam (an economy that works for all), Shaan (pride in hard work and soft power), Sushashan (good governance), Swabhimaan (self esteem for the deprived), Samman (life of dignity) – which the Congress party said “it will deliver” on.

Targeting the youth, Congress president Rahul Gandhi said that if voted to power, the party plans to open avenues of employment and provide new ways to keep the youth engaged. He said the Congress will fill all 4 lakh vacancies in the Central Government and institutional vacancies before March 2020.

Congress manifesto to focus on five main themes. This NYAY scheme will do two things… First poor will have money in their pockets... Second, the economy will start running which was stalled due to demonetization. Modi ji promised 2 crore jobs but we know the truth. There are 22 lakh positions vacant, we will fill all this post by 2020," Congress president Rahul Gandhi said while releasing the manifesto. 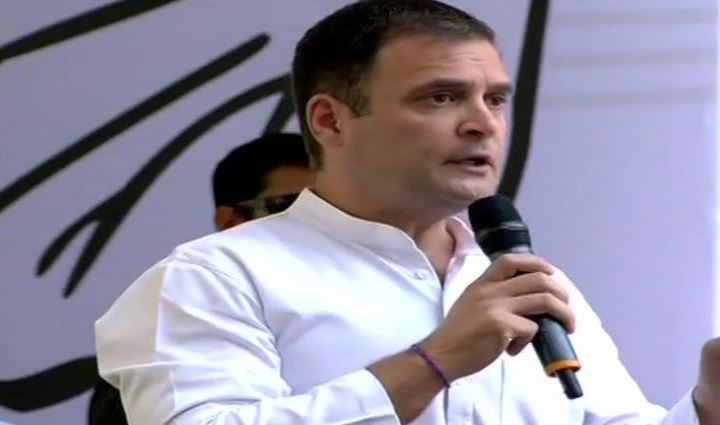 The manifesto also promised of creating an estimated 10 lakh Seva Mitra positions in every gram panchayat and urban local body, launch a ‘Water Bodies Restoration Mission’ and ‘Wasteland Regeneration Mission’ to create 1 crore jobs, exempt new businesses from applicable laws and regulations (except Minimum Wages Act and tax laws) for a period of 3 years, encourage State Governments to fill their vacancies, reward businesses for job creation, provide businesses with fiscal incentives for employing more women, and require businesses with over 100 employees to start an apprenticeship programme.

“Congress pledges to give the highest priority to protecting existing jobs and creating new jobs. In order to underline the link between the growth of the industry and services sectors and rapid creation of jobs, Congress will create a new Ministry of Industry, Services and Employment. All of the 4 lakh vacancies as on 1 April 2019 in the Central Government, Central Public Sector Enterprises, Judiciary and Parliament will be filled before the end of March 2020. As a condition for devolution of funds to the healthcare and education sectors and to Panchayats and Municipalities, Congress will request State Governments to fill all vacancies, estimated at 20 lakh, in the 2 sectors and in local bodies,” the manifesto said.

The party promised to reward job creating by lowering the direct tax rates and contributions to the CSR fund.(ANI)