Ahead of filing nomination for the Lok Sabha elections, Singh offered prayers at the city’s revered Hanuman Setu temple. Singh was accompanied by party's national spokesperson Sudhanshu Trivedi and UP Minister Brajesh Pathak. 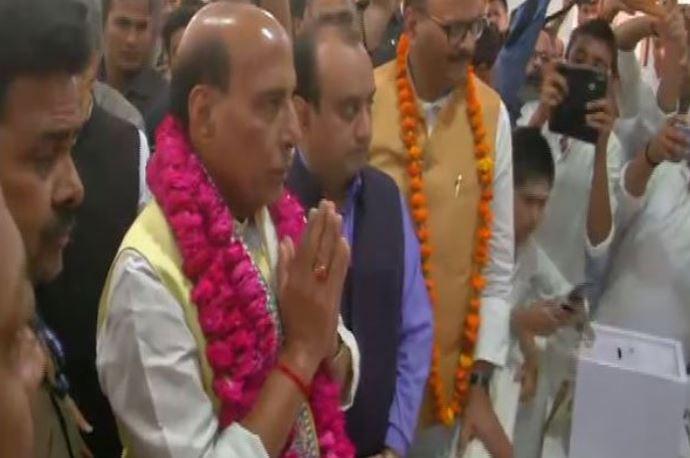 Rajnath reached the Collectorate to file his papers after a roadshow through the town.

In 2014 Rajnath Singh shifted from Ghaziabad to Lucknow and won the seat by a margin of around 3 lakh votes. Meanwhile nominations for the six phase of general elections will start today in which 14 seats of the state will go for poll.

Rajnath Singh to file nomination from Lucknow on April 16