DMK chief M. Karunanidhi passed away on Tuesday after a prolonged illness. He was 95.

Chennai: Doyen of Tamil politics, Dravida Munnetra Kazhagam (DMK) chief, M. Karunanidhi passed away on Tuesday after a prolonged illness. He was 95.

Tamil Nadu's Kalaignar breathed his last at Kauvery Hospital, where he was undergoing treatment for a Urinary Tract Infection (UTI).

Also Read: Give our thalaiva back- Karunanidhi's supporters stay undeterred outside hospital

"With deep anguish, we announce the demise of our beloved Kalaignar Dr M Karunanidhi on 07.08.2018 at 06 10 PM. Despite the best possible efforts by our team of doctors and nurses to resuscitate him, he failed to respond. We profoundly mourn the loss of one of the tallest leaders of India and we share the grief of family members and fellow Tamilians worldwide," Dr Aravindan Selvaraj, Executive Director of Kauvery Hospital, Chennai said in a statement while announcing his death. 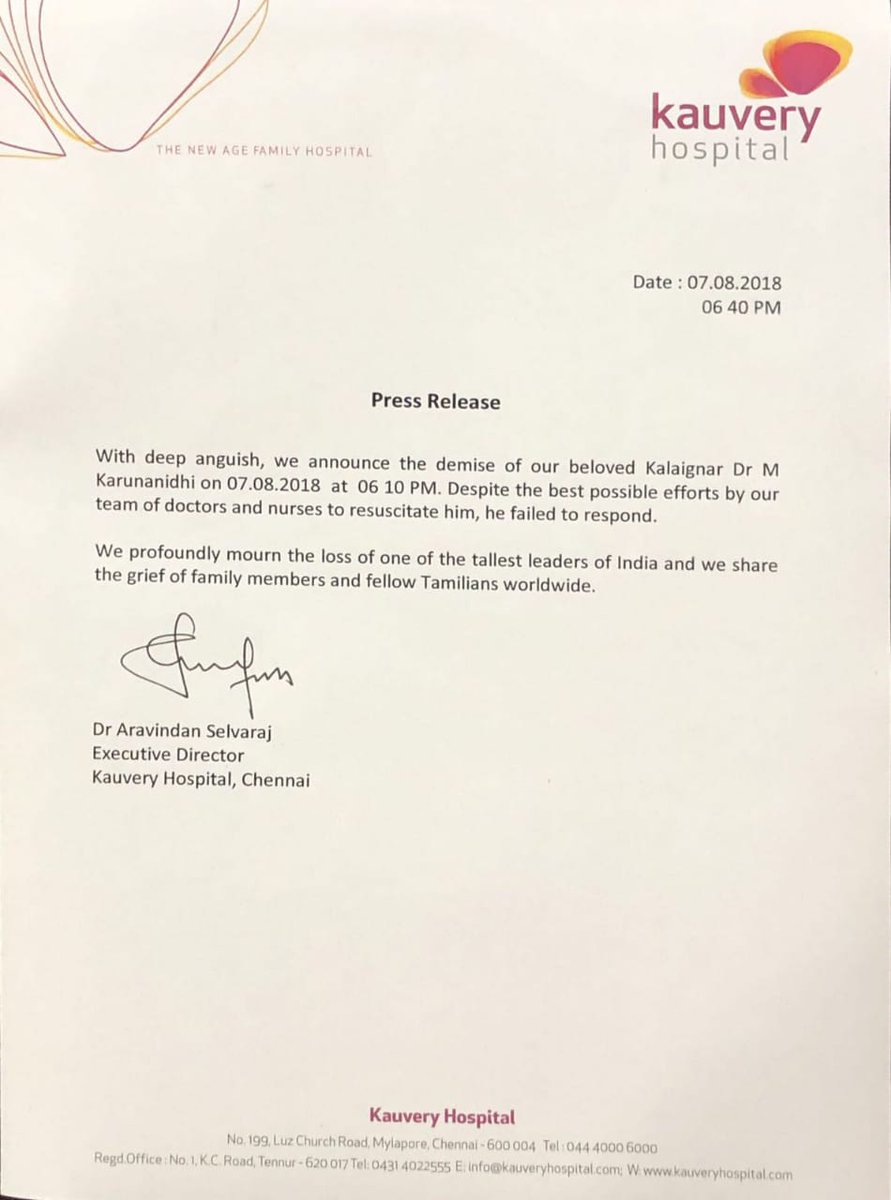 The DMK chief was first admitted to Kauvery Hospital on July 18 for a change of Tracheostomy Tube. However, he was discharged the same day after the procedure.

In the following weeks, Karunanidhi developed fever after his UTI infection aggravated due to which he was undergoing hospital-like treatment at his Gopalapuram residence. However, after the DMK chief's health worsened on July 28 mid-night he was rushed to Kauvery Hospital around 1:30 am.

Karunanidhi is survived by three wives and six children. (ANI)