A total of 164 people have lost their lives in Maharashtra floods till now, while 100 people are still missing.

Mumbai: A total of 164 people have lost their lives in Maharashtra floods till now, while 100 people are still missing.

As efforts to rescue and rehabilitate those affected by flood and landslides due to heavy rains in Maharashtra continue, the Department of Relief and Rehabilitation informed on Monday that the death toll in the 1,028 affected villages has reached 164.

"About 2 .29 lakh people have been evacuated from the flood-hit areas. A total of 164 deaths have been reported and 25,564 animals have died. A total of 56 people were injured and 100 are still missing from the 1028 villages affected," the department said.

Further, the department informed that 7,832 people are presently rehabilitated at 259 shelters. 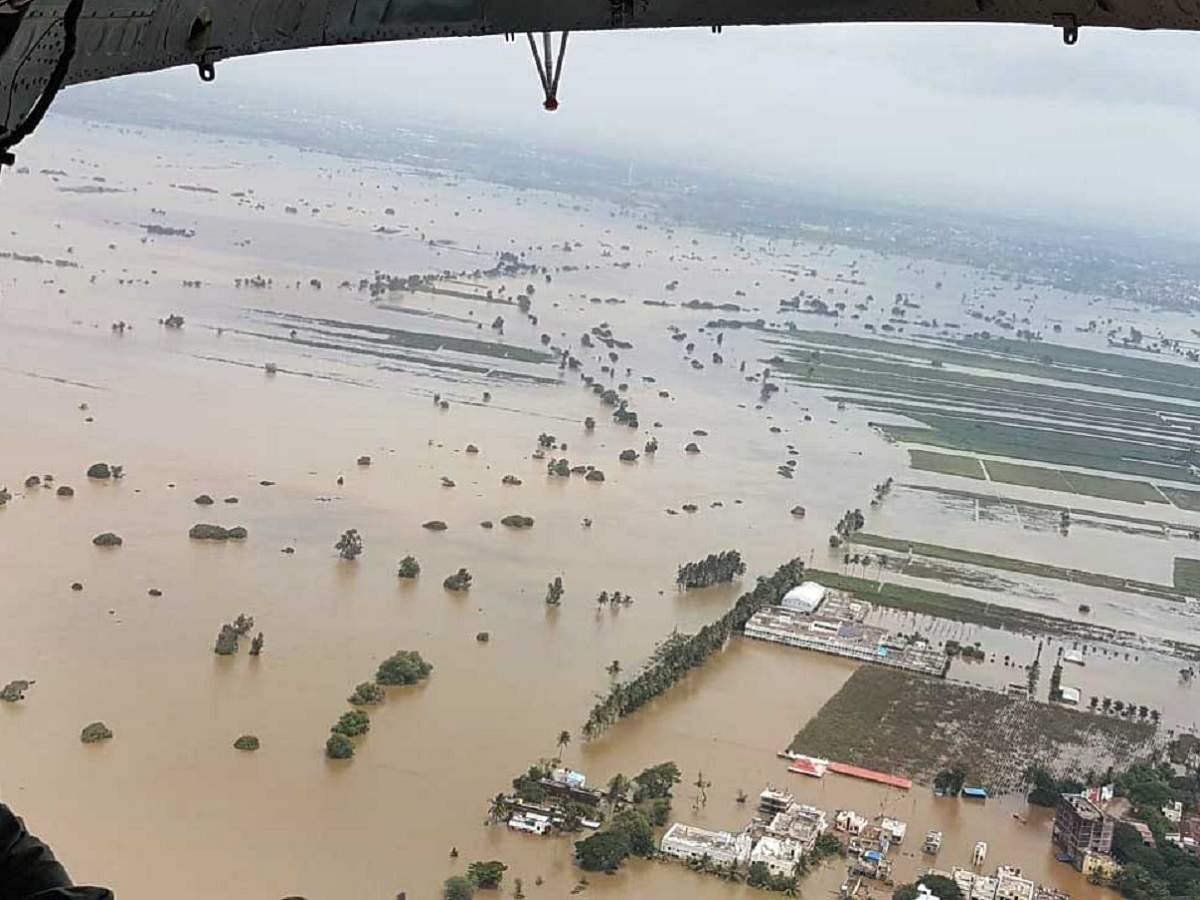 Maharashtra Chief Minister Uddhav Thackeray will be visiting the flood-affected areas of Patan taluka in the Satara district today. He will also visit the relief camps set up for citizens affected by the floods, the Chief Minister Office (CMO) informed in a tweet.

National Disaster Response Force (NDRF) Assistant Commandant Vikram in Kolhapur informed that 6 teams have been deployed in the district and over 1,500 people had been evacuated yesterday.

"We're working with civil and district administration. The water level has reduced by 2 ft, but is still at danger level," he added.

Houses, roads, and commercial establishments could be seen submerged in floodwater in the Shiroli area of the district.

Pointing to a need for a separate relief force for females, KDRF official Shubhangi Madhukar Gharare said, "It is good that we are able to rescue and shift people from floods, especially the girls and the women. We have rescued sick men and pregnant women. A women rescue team is needed as we can shift small kids and mothers more efficiently." (ANI)

26 killed in lightning in West Bengal

Cloudburst in J-K village: Search on for survivors

Weather Update: Mumbai to receive rain for next 24 hours