Mardaani 2 first look out! Rani Mukherji is all set to blow your mind with police avatar

The makers of the film shared first look of Rani Mukherji at social media today.


Mumbai: Rani Mukherji is all set to blow your mind with her new look from upcoming movie 'Mardaani 2'. She is looking extremely intensive in police uniform.

The makers of the film shared her look on social media. They wrote: #RaniMukerji dons the cop uniform in #Mardaani2

In the poster, the actor is wearing police uniforms and seen in battle field. Her intensive look is increasing our excitement level. 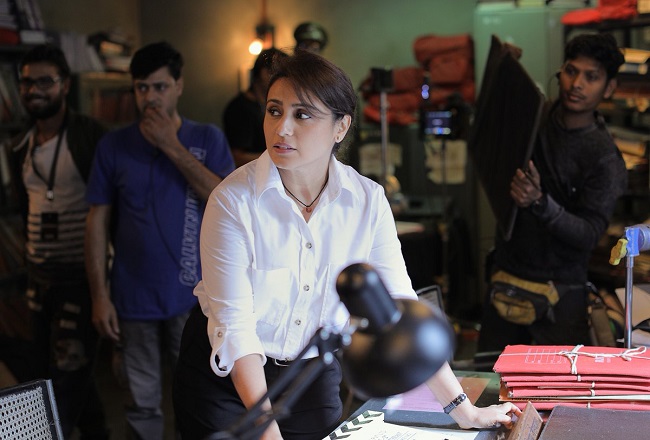 Earlier, the shoot scene of the flick was unveiled in march on social media getting positiveresponse from the public.

Mardaani 2 is a sequal of 2014 blockbuster hit 'Mardaani'. The Pradeep Sarkar directorial was a cop drama that revolved around child trafficking.

Gopi Puthra directed movie is slated to hit the theaters in December this year.