Rani Mukherji who will be seen playing the role of a super cop in her upcoming flick 'Mardaani 2' said, " 'Mardaani' franchise will tackle various societal issues."

Mumbai: Rani Mukherji who will be seen playing the role of a super cop in her upcoming flick 'Mardaani 2' said, " 'Mardaani' franchise will tackle various societal issues."

'Mardaani 2' has triggered a nationwide conversation on the threat young women are facing due to the rise of violent crimes, like rape, that is being committed by juveniles. The movie focuses on the fact that such heinous acts are being done by underage boys, society needs to be really worried about this issue because such criminals go mostly undetected because of their age.

Also Read: Mardaani 2 first look out! Rani Mukherji is all set to blow your mind with police avatar

Rani through the Mardaani franchise said, she wants to keep highlighting social evils and keep sparking conversations that bring attention to the serious issues that the country is dealing with.

She said, "Yes, we would want Mardaani to be a franchise that stands for tackling various societal issues. While the first film spoke about child trafficking, 'Mardaani 2' takes a stand against rapes and highlights the rise of violent crimes committed against juveniles in India. 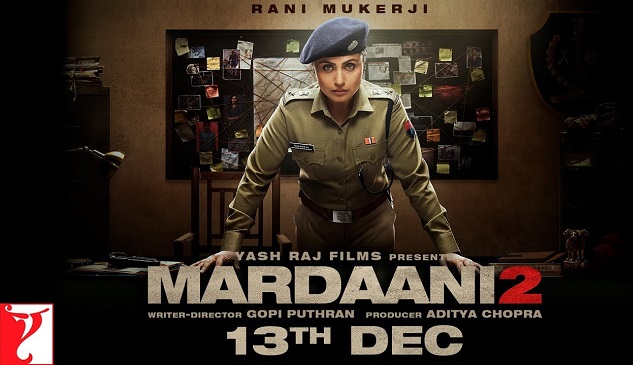 She added, " Just today, I was shocked reading how a 15-year-old boy attacked and raped a 29-year-old woman in the heart of my city!"

The 'Bunty Aur Babli' actor further takes on the issue, "This is a serious threat that can't be ignored and all precautions must be taken to protect women at all costs. Mardaani series of films would stand for being a mirror of society to educate, create awareness and also leave a strong message for people to sit up and notice.

While adding on the issues addressed in the upcoming flick, she said, "Some films do have the responsibility to affect social change and our intention is that through all Mardaani films we will try and bring out the hard reality, the threat that looms large next to us."

'Mardaani 2's' brilliant storyline is inspired by shocking true crimes committed against women across the country. The edge-of-the-seat thriller will see Rani in a race against time to capture a brutal serial rapist who systematically targets women.

Rani is reprising the role of the fearless and committed Superintendent of Police, Shivani Shivaji Roy in 'Mardaani 2'.

The 41-year-old actor also delivered a knock-out performance in the superhit and hugely acclaimed prequel, 'Mardaani', in which she took on the kingpin of a child trafficking racket. In Mardaani 2, Rani has been pitted against a very young yet dangerous villain who can be called pure evil.

Produced by Aditya Chopra, 'Mardaani 2' will be Rani's next release after the global blockbuster 'Hichki' that delivered 250 crores worldwide. 'Mardaani 2' is set to hit theatres on 13th December. (ANI)