Masood Azhar Jaish-e-Muhammad chief and Kandahar hijacking mastermind, has confirmed the killing of his nephew, Usman Ibrahim by the Indian security forces in an encounter in Jammu and Kashmir's Tral.

Lahore: Masood Azhar Jaish-e-Muhammad  chief and Kandahar hijacking mastermind, has confirmed the killing of his nephew, Usman Ibrahim by the Indian security forces in an encounter in Jammu and Kashmir's Tral.

Azhar himself has confirmed this in an audio recording as he has asked the Kashmiris to stand against India and launch an offensive.

In the audio clip, Azhar said, "My beloved nephew Usman Ibrahim and a Kashmiri fighter, Shaukat Ahmed have sacrificed their lives. A large number of people gathered to pay tribute to Shaukat Ahmad and still Indians claim that Kashmir is an integral part of India? They should feel ashamed." 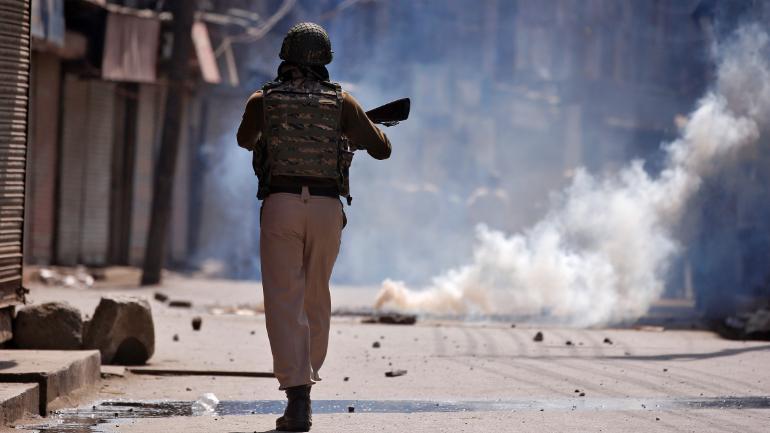 Jaish-e-Muhammad militant Usman Ibrahim is the second nephew of Azhar to be killed in Kashmir in a span of less than a year.

He asked the Kashmiris to unite against India and launch a jihad. "Kashmiri youth, isn't Usman's sacrifice not enough to make you stand. Dying a life of a slave is against any Muslim. India has given you an option to live as a slave and die as an oppressed. You must handover both things to them and get ready to sacrifice themselves. How long will you stand alone. You must stand together and get India uprooted," he added.

Azhar's audio message confirms Pakistan's ongoing acts of cross border terrorism against India. It also highlights the fact  that Pakistan-based terrorist outfits continue to send armed terrorists to  Jammu and Kashmir  with an aim to kill innocents in Jammu and Kashmir , the very people that Islamabad professes to support. (ANI)

J&K: One terrorist killed in encounter between security forces, terrorists

One killed in clashes with security forces in Kashmir

J&K: Army Major, soldier killed in an encounter with militants in Shopian