A diplomat-turned-politician and Congress' Dalit face, Opposition's Presidential candidate Meira Kumar had a steady rise in echelons of power since she made her electoral debut in the mid-eighties.

The Opposition - Congress and the Communist Party of India (CPI), and other parties decided to meet on Thursday to discuss the National Democratic Alliance's (NDA) decision on Presidential nominee Ramnath Kovind.

The Bharatiya Janata Party (BJP) had earlier said that the Opposition was a divided house over the Presidential elections as many of its partners have extended support to ruling NDA candidate.

BJP president Amit Shah had announced the name of Kovind as NDA's consensus candidate for the post of Indian President.

Kovind before leaving for New Delhi yesterday met with Prime Minister Narendra Modi and thanked the people of Bihar for their support. 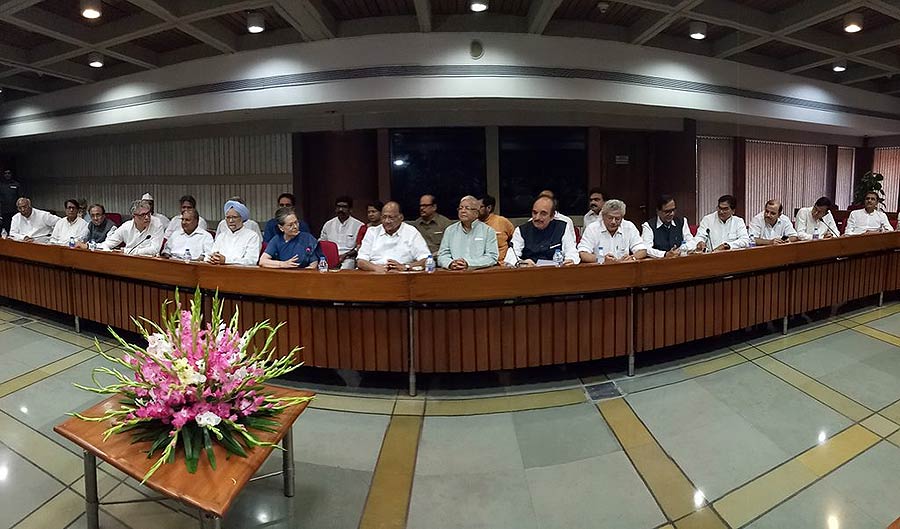 However, the decision did not go down well with some of the political parties with Congress alleging that the announcement was made without taking the grand old party into confidence while BJP's ally Shev Sena termed it a political move to lure vote bank.

Also Read: Bihar Governor Ramnath Kovind has been decided as our candidate for President

Joining the critics of NDA's Presidential nominee, Shiv Sena said it would not extend its support if the Centre is eyeing a vote bank by nominating a Dalit face for the upcoming President polls.

Trinamool Congress (TMC) chief and West Bengal Chief Minister Mamata Banerjee didn't seem happy with the Kovind's candidature. She said that someone of the stature of President Pranab Mukherjee or even External Affairs Minister Sushma Swaraj or BJP veteran L.K. Advani may have been made the candidate.

The decision, however, was welcomed by some of the political leaders including Bihar Chief Minister Nitish Kumar and Telangana Chief Minister K. Chandrasekhar Rao.

Nitish Kumar expressed his happiness that the Bihar Governor would be the NDA's candidate for the President elections. He, however, said a detailed discussion would be held on the matter within the JD (U).

The election for the next President of India is to be held on July 17 as President Pranab Mukherjee will demit the office on July 24.

The Election Commission of India (ECI) issued the notification in this regard and the process of the nomination has started that will continue till June 28.

Here what you all need to know about Meira Kumar:

Meira Kumar is the daughter of Dalit icon and freedom fighter Jagjivan Ram. Before turning to active politics, Ms. Kumar was serving the Indian Foreign Service.

She met Congress president Sonia Gandhi on June 21 along with other senior party leaders, fuelling speculation that the party was willing to support her candidature.

The crucial meeting of opposition parties was attended by leaders of 17 parties.  (with Agency Inputs)

Presidential election: Counting of ballots to begin at 11 am and result to be announced at 5 pm