“The battle which I am fighting at present is for the ideology of Mahatma Gandhi. We have to take forward his ideology,” Meira Kumar said.

Ahmedabad: Opposition presidential candidate Meira Kumar on Friday launched her election campaign from Mahatma Gandhi’s Sabarmati Ashram in Ahmedabad and said her fight was for taking forward the ideology of the Father of the Nation.

Incidentally, only on Thursday, Prime Minister Narendra Modi visited the ashram to mark its centenary.

The ashram was established by Mahatma Gandhi in 1917 and from here he led the Independence movement.

Kumar, who spent around 40 minutes in the ashram along with State Congress leaders Bharatsinh Solanki and Shankarsinh Vaghela, is contesting against National Democratic Alliance’s Dalit leader Ram Nath Kovind in the July 17 presidential election.

“The battle which I am fighting at present is for the ideology of Mahatma Gandhi. We have to take forward his ideology,” Kumar said. 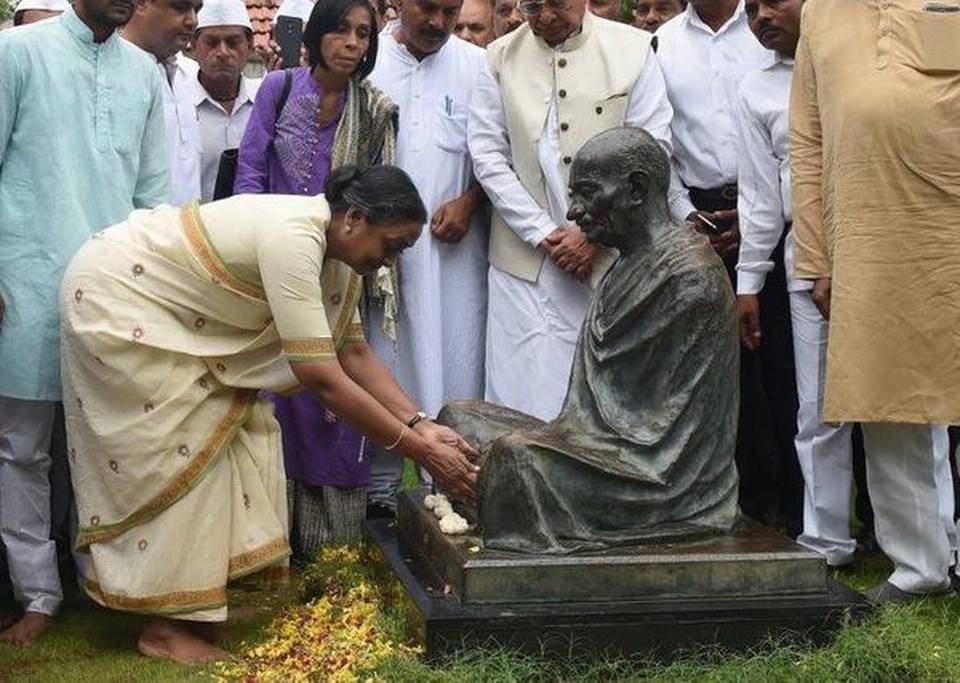 “I have come to gain some power from this place. I spent some time at the ‘Hriday Kunj’, Gandhiji’s home in the ashram. I have gained lot of energy today to take forward this battle,” the 72-year-old Congress veteran said, adding that coming to the ashram gave her peace.

“I wish prosperity for the people of Gujarat and especially those who are marginalised,” she said.

Kumar, who tried her hands on the ‘charkha’ (spinning wheel) in the ashram, is the daughter of late Dalit leader Jagjivan Ram.

Upon her arrival at the airport in Ahmedabad on Thursday night, Ms. Kumar said the election was a “battle of ideologies” and not a “Dalit versus Dalit” fight.

Also Read: Not symbolic, Meira Kumar will give a tough fight- CPI leader 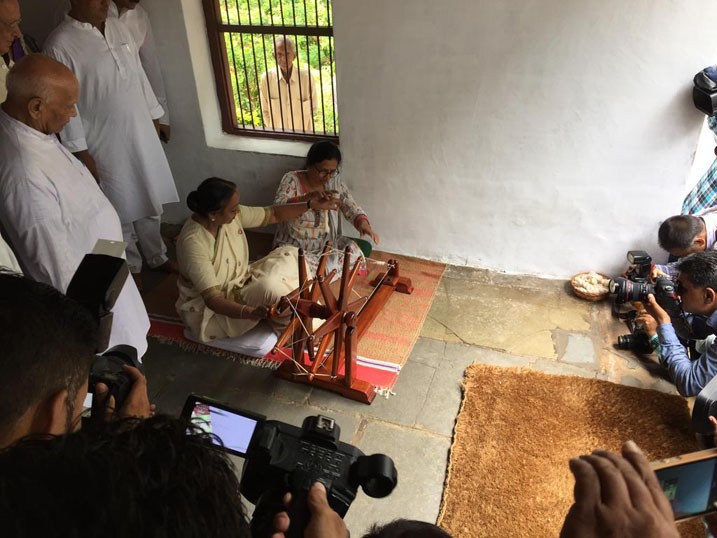 “Attempts are being made by some to project the election as a Dalit versus Dalit fight. It was from Gujarat that the ideology of Gandhiji spread across the country and the world. That is why I have come here to make the people realise that we fight for our ideologies,” she said.

Kumar had appealed to MPs and MLAs who constitute the electoral college to vote as per their conscience, even as the numbers seem to be stacked against her.

Not symbolic, Meira Kumar will give a tough fight: CPI leader