The film earned around Rs. 40 crores on day 2 and 3 of its release thus registering a total of Rs. 70.02 crore till Saturday at the box office.With multiplexes in metro and tier-2 cities filling with viewers, the film is expected to propel further. It earned around Rs. 29.16 on its first day, Rs. 17.28 crore on the second day and Rs. 23.58 crore on Saturday, Indian Film critic and trade analyst shared the numbers on his Twitter handle. 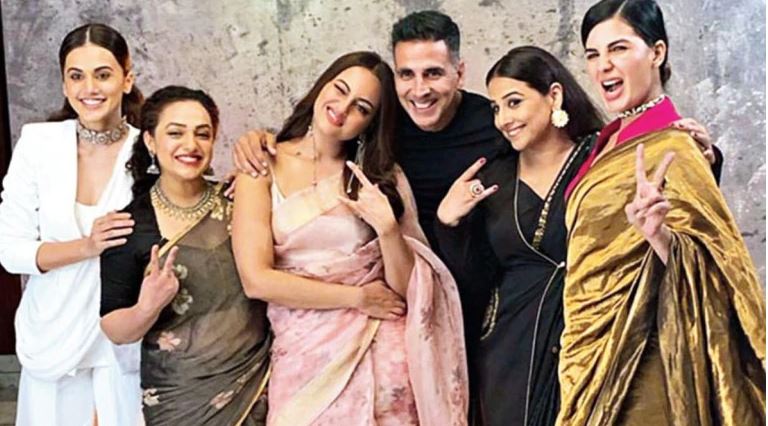 The film easily surpassed the opening day collections of 'Batla House' which released on the same date. The John Abraham-starrer managed to collect Rs. 14.59 crore at the ticket counters.Mission Mangal features Akshay and Rakesh Dhawan along with Vidya Balan,Taapsee Pannu, Sonakshi Sinha, Kirti Kulhari, Nithya Menon and Sharman Joshi.
Rakesh and Tara lead a team of scientists who overcome their personal challenges and failures to serve as the brains behind one of the greatest missions in history: The launch of India's first orbiter mission to Mars.

Also Read: Dynamite News UPSC Conclave 2019, Know from IAS Toppers ‘How to crack Civil Services Exam’
The movie, based on a true story of India's mission to Mars, is about ordinary people achieving the extraordinary. Directed by Jagan Shakti, the film is co-produced by 'PadMan' director R Balki. (ANI)