With winds of around 185 miles per hour (290 km per hour), the storm the size of France has ravaged small islands in the northeast Caribbean in recent days.

London: The eye of Hurricane Irma grazed the Turks and Caicos Islands on Thursday shaking buildings after it smashed a string of Caribbean islands as one of the most powerful Atlantic storms in a century, killing 14 people on its way to Florida.

With winds of around 185 miles per hour (290 km per hour), the storm the size of France has ravaged small islands in the northeast Caribbean in recent days, including Barbuda, Saint Martin and the British and US Virgin Islands, ripping down trees and flattening homes and hospitals.

Winds dipped on Thursday to 175 mph as the Irma soaked the northern coasts of the Dominican Republic and Haiti and brought hurricane-force wind to the Turks and Caicos Islands. It remained an extremely dangerous Category 5 storm, the highest designation by the National Hurricane Center (NHC).

Irma was about 40 miles (65 km) south of Turks and Caicos and is expected to bring 20-foot (6-meter) storm surges to the Bahamas later on Thursday, before moving to Cuba and plowing into southern Florida as a very powerful Category 4 on Sunday, with storm surges and flooding due to begin within the next 48 hours.

Across the Caribbean, authorities rushed to evacuate tens of thousands of residents and tourists in the path of the storm. On islands in its wake, shocked locals tried to comprehend the extent of the devastation while simultaneously preparing for another major hurricane, Jose, currently a Category 3 and due to hit the northeastern Caribbean on Saturday. 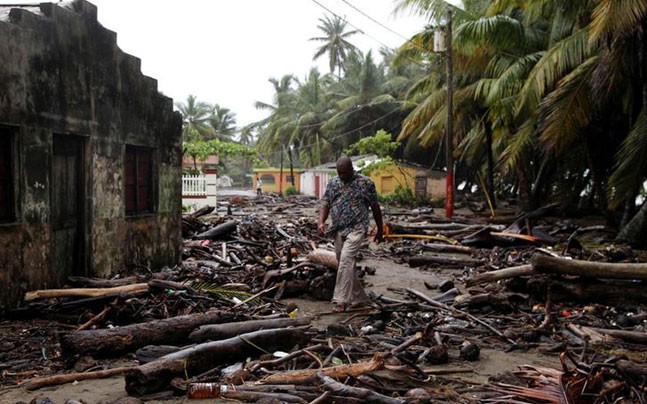 It was the first time the Turks and Caicos islands had experienced a Category 5 storm, said Virginia Clerveaux, director of disaster management and emergencies.

“We are expecting inundation from both rainfall as well as storm surge. And we may not be able to come rescue them in a timely manner,” she said in comments broadcast on Facebook.

The few tourists who remained on the Turks and Caicos islands were in hotels, as were some locals.

A  witness described the roof and walls of a well-built house shaking hard as the screaming storm rocked the island of Providenciales and caused a drop in pressure that could be felt in people’s chests.

In Miami, hundreds lined up for bottled water and cars looped around city blocks to get gas on Thursday in panicked preparations. Gas shortages in the Miami-Fort Lauderdale area worsened on Thursday, with sales up to five times the norm.

“To the people of Florida, we just want you to protect yourselves, be very very vigilant and careful,” said US President Donald Trump, who owns the waterfront Mar-a-Lago estate in Palm Beach, Florida as well as a property on the French side of Saint Martin, an island devastated by the storm. 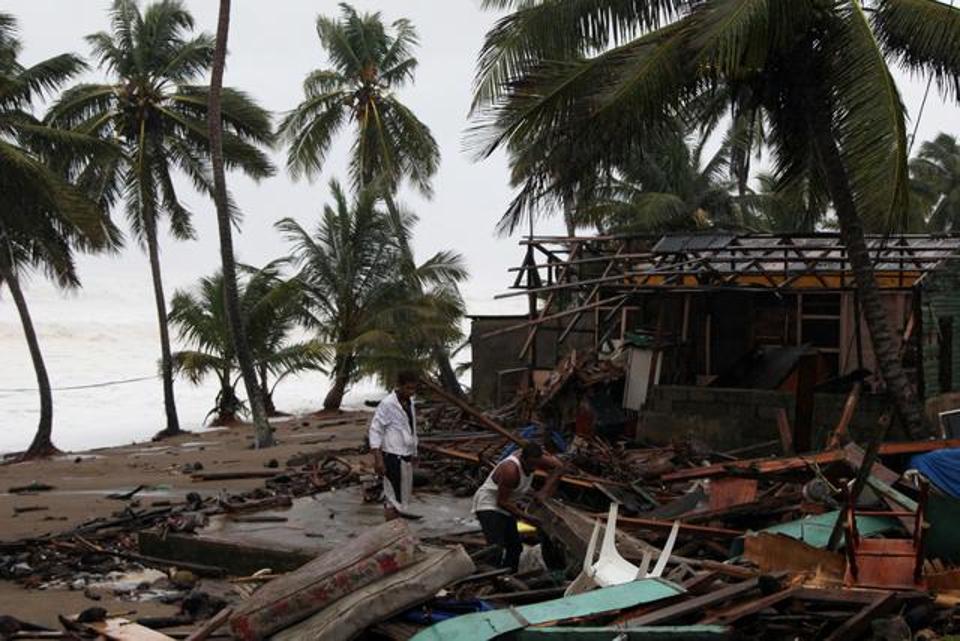 A mandatory evacuation on Georgia’s Atlantic coast was due to begin on Saturday, governor Nathan Deal said.

In the US Virgin islands, four people died, a government spokesman said, and a major hospital was badly damaged by the wind. A US amphibious assault ship arrived in the US Virgin Islands on Thursday and sent helicopters for medical evacuations from the destroyed hospital.

Barbuda, where one person died, was reduced “to rubble”, according to Prime Minister Gaston Browne. In the British overseas territory of Anguilla another person was killed, while the hospital and airport, power and phone services were damaged, emergency service officials said. 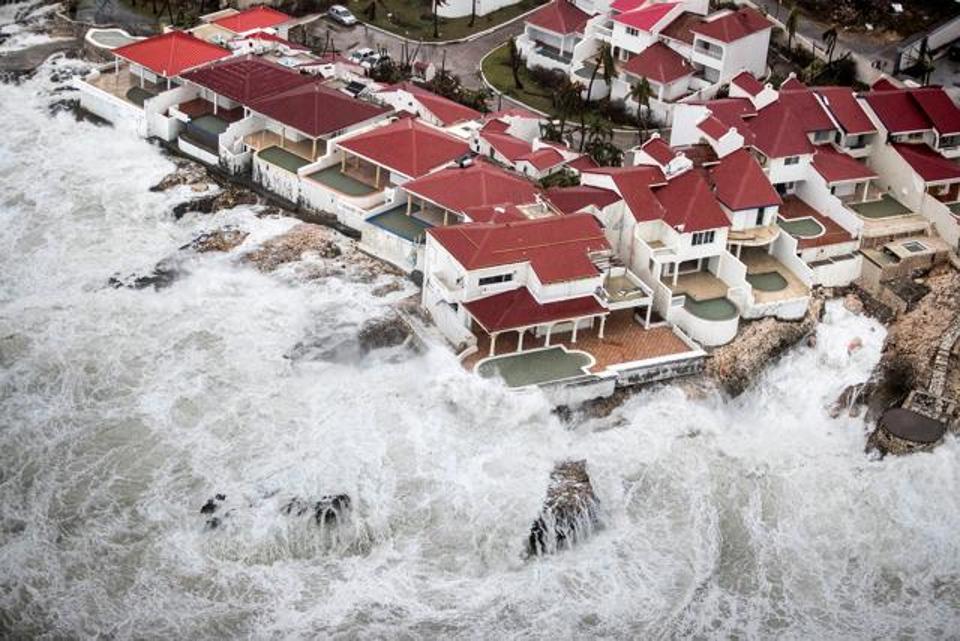 “It is an enormous disaster. 95% of the island is destroyed. I am in shock,” Daniel Gibbs, chairman of a local council on Saint Martin said.

Three people were killed in Puerto Rico and around two-thirds of the population lost their electricity, Governor Ricardo Rossello said after the storm rolled by the U.S. territory’s northern coast. A surfer was also reported killed in Barbados. (Reuters)