MP CM Shivraj Singh Chouhan, who had started an indefinite fast on June 10 amid raging farmers' protests in the state, ended his fast by consuming coconut water.

Chouhan, who had started an indefinite fast on June 10 amid raging farmers' protests in the state, ended his fast by consuming coconut water.

"We will make the state land use advisory service so that farmers get correct and timely information about climate change. I, the Bharatiya Janata Party (BJP) Government and Prime Minister Narendra Modi promise that we will irrigate every land. We have decided to implement every policy with the consent of farmers," he said before ending the fast.

He further said not only in India but in the entire world, Madhya Pradesh stands at number one position in the agriculture sector. 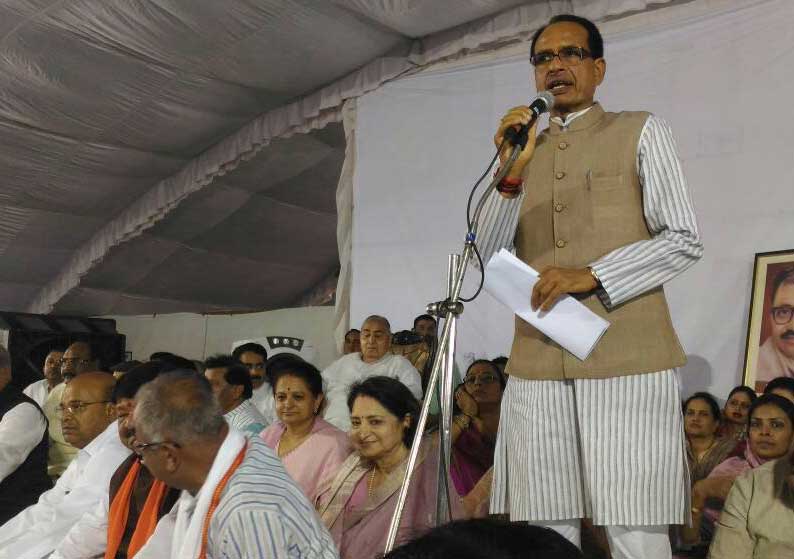 Earlier in the day he said that despite falling asleep "intermittently", the farmers and their issues made a constant thorough in his dreams and thoughts and hence, vowed to solve the pertinent matters.

"I slept intermittently and all that while I kept thinking about what all topics - out of the ones we discussed with the farmers - can be worked upon as soon as possible," he said, adding, "kisaan khwaabon mein bhi thhe, haqeeqat mein bhi." (The farmers and their issues were in my thoughts and dreams.)

"I have always tried doing a lot for farmers, and their problem is ours. They are our own. I also thought upon how to increase the productivity and sustain it," he added.

Chouhan also entailed how the families of the deceased met him and asked him to discontinue the fast.

"One thing that made me emotional was the number of our children that we lost in these protests. Their parents came to meet me yesterday and despite such grief befalling upon them, asked me to put an end to the issue," he said.

Commenting about the amenities provided to him in the tent he has made a stay in for the fasting period, he said, "I was told that this was a five-star tent. They even asked me to put an AC, but I said that wasn't required. You don't go on a fast for the farmers by living in AC. We made a meeting room, because I had to meet officials and farmers."

Earlier, Chouhan had hinted that he would end the fast soon after the families of the four farmers, who were killed in the police firing in Mandsaur, met Chouhan and requested him to call off his fast.

"We requested the Chief Minister to call off his hunger strike. We don't think that he is doing any drama. He is genuinely concerned about us. We also asked for stern action against the culprits," said a deceased farmer's father.

The Chief Minister assured that justice would be done and the culprits would be punished.

Chouhan had asserted that he would not let the state engulf in violence and would ensure that peace returns.

"I discussed many problems and its solution. There are some issues which have already been addressed and there are some on which we have to take a decision. We are considering every issue seriously whether it is small or big. We will think about it and discuss it and thereafter, we will definitely take a decision in the interest of farmers," Chouhan said.

"My fast will continue till there is peace in the entire state. Madhya Pradesh is a temple to me and its people are my God. People's pain is my pain," he added.

Chouhan's move comes in the wake of unrest in the state following farmers staging a protest demanding better prices for their produce as also a waiver on loan repayments. (ANI)