Narendra Modi took oath as Prime Minister of India for the second term on Thursday. 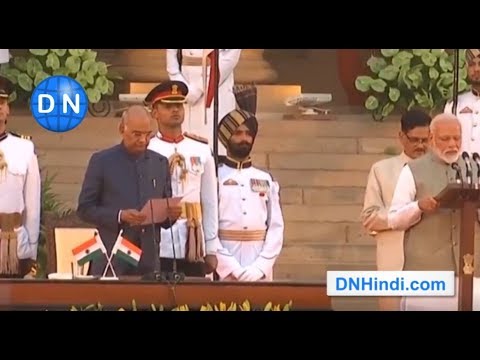 New Delhi: Narendra Modi tok oath as the Prime Minister of India  for the second term on Thursday.

The 68-year-old stalwart took oath as the Prime Minister for the second consecutive term.

Top leaders and guests were invited from around the world and across the nation to attend Modi's swearing-in ceremony. 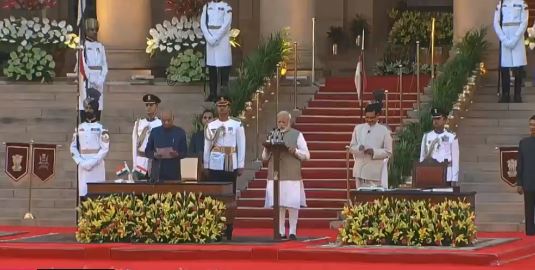 President Ram Nath Kovind administered the oath of office and secrecy at the function which was attended by Heads of government and representatives from BIMSTEC countries, besides Prime Minister of Mauritius and President of Kyrgyzstan.

Several overseas friends of the party from 15 countries, including the US, Australia, Germany, and the UK, were also invited.

Riding high on the planks of muscular nationalism and anti-Congressism, BJP, which had won 282 seats in 2014, improved its tally by notching up 303 seats. Along with its NDA allies, the number swelled to 353 in the 543-member Lower House of the Parliament. (ANI)