Prime Minister Oli, who was rushed to the hospital on Monday after suffering lung infection, will remain admitted in the Intense Care Unit (ICU) for the next few days, the doctor added.

The medical centre has also issued a health bulletin and stated, “The tests of his (Prime Minister Oli’s) blood, as well as the X-ray of his chest and others, are positive and his condition is improving is informed here though.”

The 66-year-old Prime Minister, who had undergone a kidney transplant in 2007, is said to have a weak immune system. 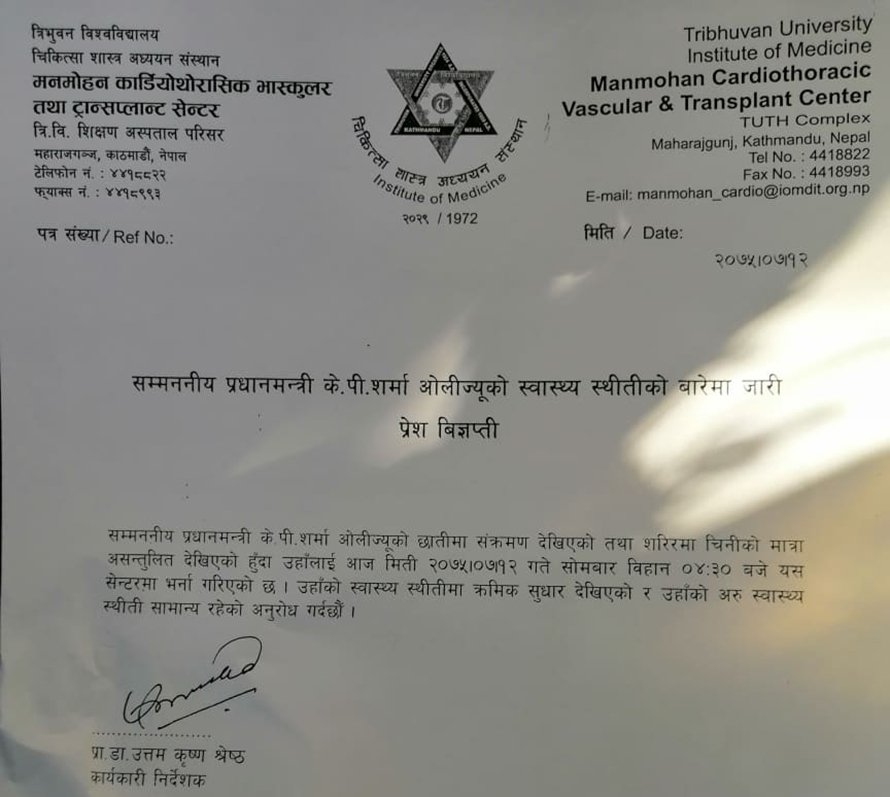 "His condition now is stable. He has an infection in chest and we are working on to stop the infection from spreading to his kidneys. We have tested for Swine-flu also and the result is negative. He will be here in the hospital for a few more days,” Professor Doctor Uttam Krishna Shrestha of the center informed over the phone.

The doctor has kept the Prime Minister isolated from the public exposure. Scores of leaders who had come to see the ailing Oli yesterday were also not allowed to meet him directly. (ANI)

Nepal to get new government in January