Police in New Zealand are planning to go to the volcanic White Island on Friday to retrieve bodies of people killed in this week’s eruption, while the known death toll from the disaster climbed to eight, with two people dying in hospital.

“I can now confirm that we are finalizing a plan to recover the bodies from Whakaari/ White Island tomorrow morning,” police Deputy Commissioner John Tims said in a statement on Thursday, adding families will be briefed on the operation.

The volcano on White Island was “highly volatile” and could erupt again within days, said authorities.

There are no signs of life on the uninhabited island. Police in New Zealand are planning to go to the volcanic White Island on Friday to retrieve bodies of people killed in this week’s eruption, while the known death toll from the disaster climbed to eight, with two people dying in hospital. 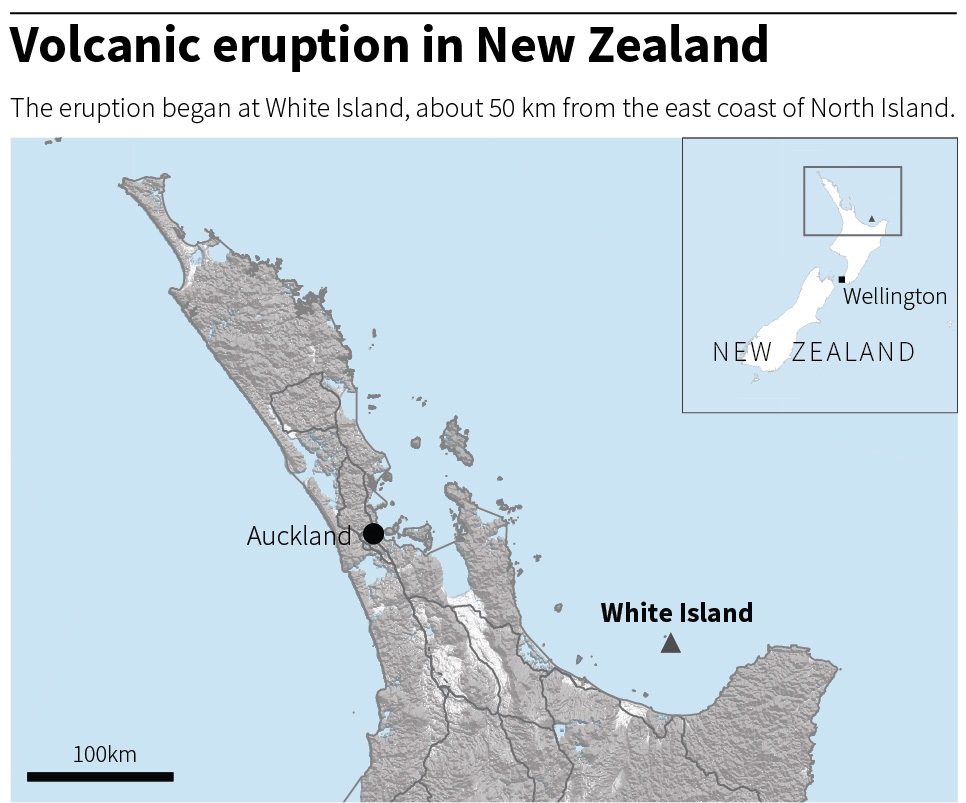 “We are now living with a growing sense of desperation to bring home those that we know are there and those we love,” Whakatane Mayor Judy Turner told reporters. “The frustration of those families most affected is completely understandable. No news is not good news for people in this situation.”

The volcano, a popular tourist destination for day-trips, erupted on Monday, spewing ash and steam over the island.

There were 47 people on the island, also known by its Maori name Whakaari, at the time of the eruption. Twenty-four of those were from Australia, nine from the United States, five from New Zealand, four from Germany, two each from China and Britain and one from Malaysia.

Nico Fournier, a volcanologist at New Zealand’s geological science agency GNS Science, said monitoring equipment still active on the island put the risk of a further eruption over the next 24 hours at 50% to 60%. 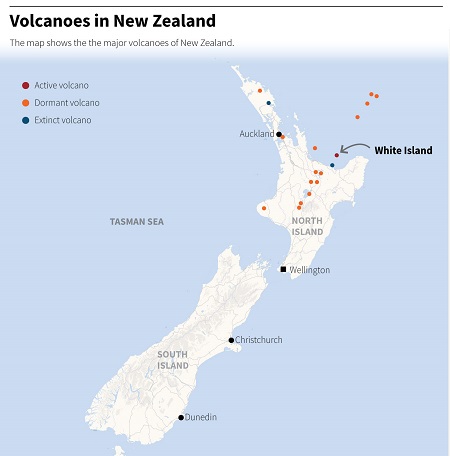 “We believe that there is shallow magma, the molten rocks, which is driving the activity under the surface ... which is the level of tremor that is increasing, and it keeps increasing as we speak as well,” Fournier told reporters.

“The consequence of those processes is that the situation remains highly volatile,” he said.

In the event of another eruption, anybody on the island could be “pummeled to death” by flying rocks or overcome by ash and gases in temperatures exceeding hundreds of degrees Celsius, Fournier said.

New Zealand Deputy Police Commissioner Mike Clement said the risk of both another eruption and toxic gases were simply too great on Thursday to expose recovery teams, although the situation was being constantly reviewed.(Reuters)