A multi-agency operation spearheaded by the NIA is still underway in Delhi, Rajasthan, Telengana, Uttar Pradesh, Karanataka and Bihar among others. Read more on Dynamite News:

New Delhi: In the largest ever anti-terror operation, National Investigation Agency (NIA) on Thursday raided the locations of Popular Front of India (PFI) across 11 states and arrested 106 persons for allegedly being involved in anti-national activities.

A multi-agency operation spearheaded by the NIA is still underway in Delhi, Rajasthan, Telengana, Uttar Pradesh, Karanataka and Bihar among others, sources added. 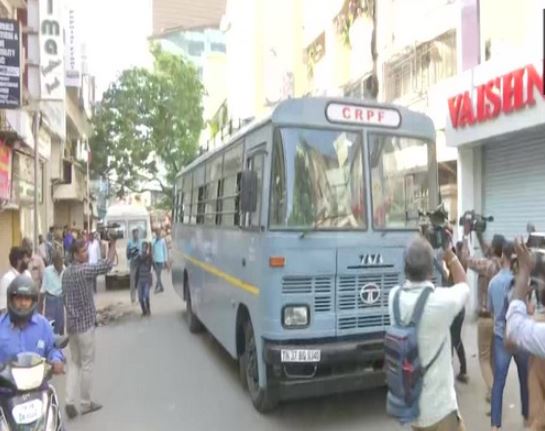 Earlier this week, the agency issued a statement and said that NIA conducted searches at multiple locations in Telangana and Andhra Pradesh in a case registered against PFI cadres.

Then the raids were carried out in Telangana (23 in Nizamabad, seven in Jagityal, four in Hyderabad, two in Nirmal, and one each in Adilabad and Karimnagar districts) and at two locations in Andhra Pradesh (one each in Kurnool and Nellore districts).

The accused were allegedly orgainsing camps for imparting training to commit terrorist acts. (with Agency inputs)

UP STF raids Delhi offices of PFI, its student wing

NIA raids in UP, Delhi over new IS module

NIA continues raids on NGOs in Srinagar and Delhi