The country's Ministry for Information on Sunday informed that 110 girls have been missing after the raid on the Government Girls Science Technical College in Dapchi, Yobe State.

The country's Ministry for Information on Sunday informed that 110 girls have been missing after the raid on the Government Girls Science Technical College in Dapchi, Yobe State.

As many as 110 girls have been missing since Monday when armed militants stormed the school.

However, the Nigerian government is yet to release an official list of those missing.

The ministry is basing the latest number on briefings with the school principal and the Commissioner for Education, reported CNN. 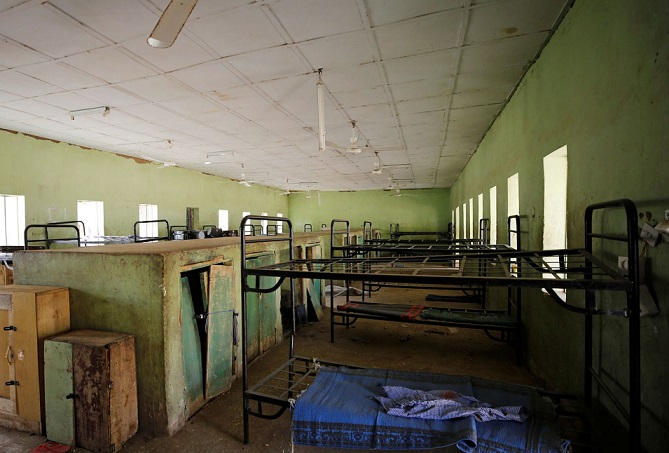 On February 22, the Yobe State governor's office said that about 46 students remained missing following an attack by the Boko Haram insurgents the all-girls college.

Boko Haram militants kidnapped nearly 300 girls from a school in Chibok in April 2014, setting off global outrage. Many of the Chibok girls were freed after negotiations, but more than 100 remain in captivity, their whereabouts unknown.

The Boko Haram insurgency began in 2009 when the militants staged an armed rebellion against the government of Nigeria.

Suicide attacks carried out by the dreaded insurgent group have claimed more than 20,000 lives and displaced at least two million people, according to Nigerian vice-president Yemi Osinbajo.

The group is also active in the neighbouring countries of Cameroon, Chad, and Niger. (ANI)

3 dead, over 150 missing after boat capsizes in Congo

Police rescue one of the 9 missing Sanskar Ashram girls