It was on February 24, 2010, when Sachin Tendulkar became the first man on the planet to score a double century in the 50-over format.

New Delhi: It was on February 24, 2010, when Sachin Tendulkar became the first man on the planet to score a double century in the 50-over format.

He achieved the feat against South Africa at the Captain Roop Singh Stadium in Gwalior. In that match, MS Dhoni won the toss and elected to bat first. India lost Virender Sehwag's wicket pretty early.

However, Tendulkar scored runs at a brisk pace and went on to register a double century off just 147 balls. During the course of the innings, he smashed 25 fours and three sixes. 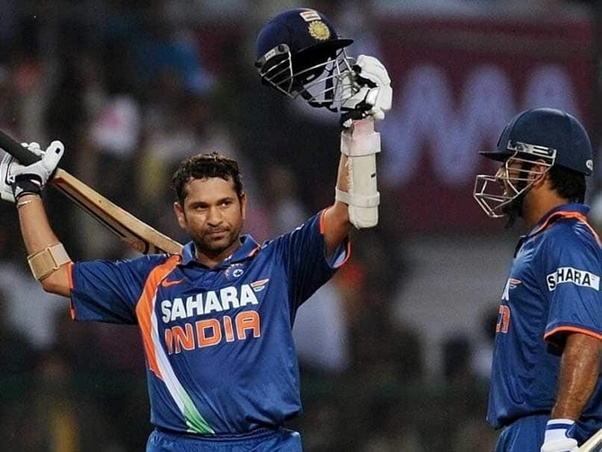 The Master Blaster brought up the feat in the last over of the Indian innings. He chipped South Africa's Charl Langeveldt for a single to send the fans at the stadium into a frenzy.

Ravi Shastri, who was the commentator at the time, famously remarked, "First man on the planet to score a double century in ODIs and it is the 'Superman' from India." Tendulkar's magnificent innings propelled India to score a mammoth 401/3 in the allotted fifty overs. The Men in Blue went on to win the match by 153 runs.

Tendulkar had made his debut for India at the age of 16 in 1989. He aggregated 34,357 runs across formats, which is 6,000 runs more than the second-placed former Sri Lanka cricketer Kumar Sangakkara. Regarded as one of the greatest batsmen ever, Tendulkar holds the record of being the highest run-scorer of all time in international cricket, having notched up 18,426 runs in ODIs and 15,921 runs in Test matches.

Till date, the individual score of 200 has been breached eight times. Rohit Sharma has achieved the feat three times and he also holds the scored for the highest individual score in the format (264 against Sri Lanka in 2014). (ANI)