New Delhi: Indian crew members and guard escorted the Samjhauta Express from Wagah border to Attari after Pakistan authorities stopped the train on their side, sources said. 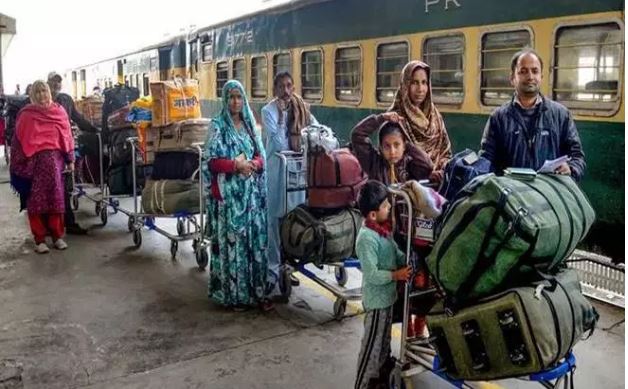 They said that Pakistan had stopped the train at Wagah border claiming security concerns, and passengers were stranded briefly.

"When we received the information from the Pakistani authorities at around 2:14 pm, we assured them that there are no security concerns and the train should come here. However, we also told them that if necessary an Indian crew and guard will escort the train to Attari," a senior railway official told.

As per the latest information, the Indian crew had moved the train from Wagah and it is expected to arrive at Attari shortly.

Deepak Kumar:The train is standing in the Wagah side which has around 110 passengers & our engine has also left from Attari.We'll bring the train from Wagah to Attari. 70 passengers are waiting here who will travel to Pak. So to say that the train has been cancelled is not right. https://t.co/1efWhceS9D

The Samjhauta Express, named after the Hindi word for "agreement", comprises six sleeper coaches and an AC 3-tier coach. The train service was started on July 22, 1976 under the Simla Agreement that settled the 1971 war between the two nations.

On the Indian side, the train runs from Delhi to Attari and from Lahore to Wagah on the Pakistan side. (PTI)