Prime Minister Narendra Modi on Monday said that the 'Pariksha Pe Charcha' event is the closest to his heart, more than any other programmes he has attended.


New Delhi: Prime Minister Narendra Modi on Monday said that the 'Pariksha Pe Charcha' event is the closest to his heart, more than any other programmes he has attended.

Speaking at the 'Pariksha Pe Charcha 2020' event here, the Prime Minister said: "As Prime Minister, one gets to attend numerous types of programme. Each of them provides a new set of experiences. But, if someone asks me what is that one programme that touches your heart the most, I would say it is this one."

"Pariksha Pe Charcha is the event closest to my heart. Thousands of schools from the entire country participate in this and I feel how the youth of the country think and what they want to do," he said.

A very interesting question asked by a student from Arunachal Pradesh- on the importance of fundamental duties. #ParikshaPeCharcha2020 pic.twitter.com/haWDQj1pmd

Modi said he also loves attending Hackathons where they showcase the power and talent of India's youth.

He also emphasised on the importance of this decade and said: "This new year and decade are equally important for you and the entire country. Whatever happens in this new decade will be directly related to the students that are currently studying in Class X and XII."

The third edition of Prime Minister's interaction programme with school students 'Pariksha Pe Charcha 2020' is being held at Talkatora Stadium in New Delhi. 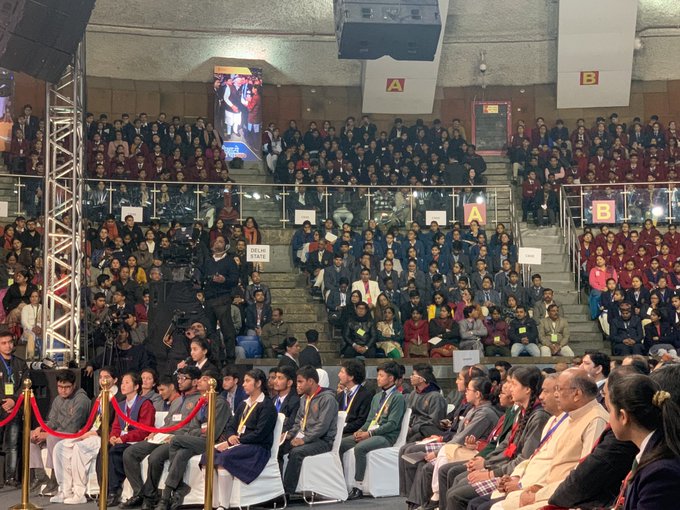 During the programme, Prime Minister Modi will answer the questions and interact with selected students about how they can beat examination stress.

Around 2,000 students are participating from all over India in the programme. 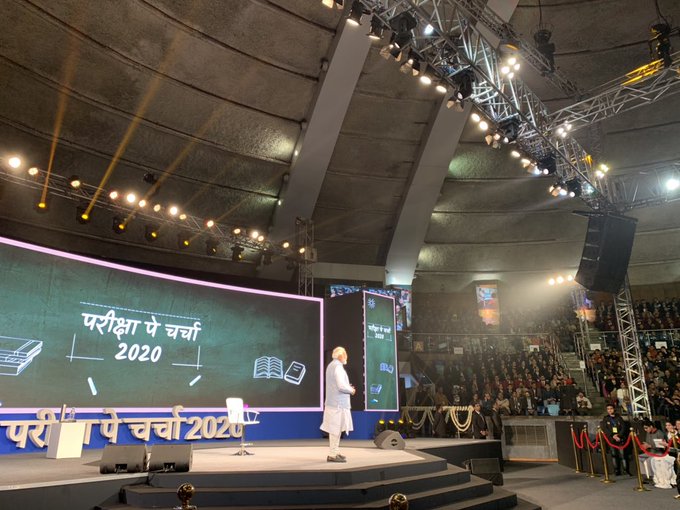 "The HRD Ministry in partnership with MyGov launched a 'short essay' competition on five different themes for students of classes IX to XII for the programme, a government press release said.