Owing to its peppy beats, the track will surely make it to party playlists.

The 'Luka Chuppi' actor is flaunting his upbeat moves, while Ananya and Bhumi match their steps in the song, the lyrics of which are penned by Tony, Tanishk Bagchi, and Mellow D. 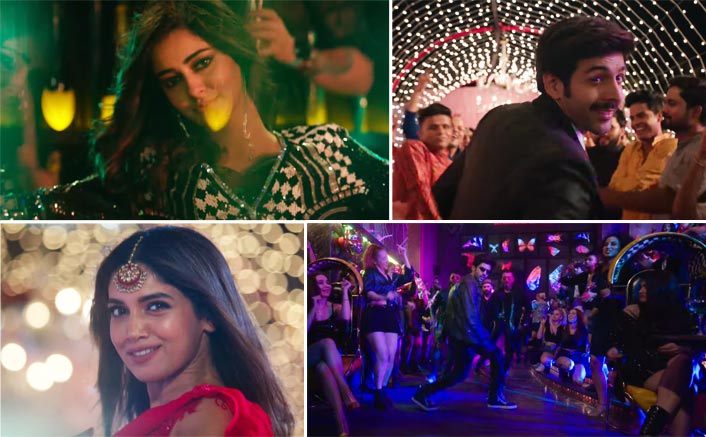 The star cast is donning shimmering outfits, matching the tempo of the high-energy number. Kartik's black leather jacket with a black tee and pants of the same colour create just the right edgy look. The 'Student of the Year 2' star, on the other hand, is glittering in a body-fitted dress.

Giving a completely different vibe, the 'Bala' actor is oozing the oomph in sexy red saree. 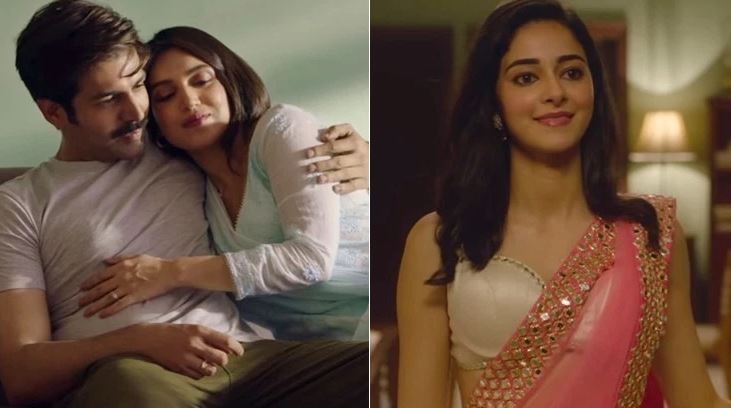 The 28-year-old actor shared the song on his Twitter handle and wrote, "#ChintuTyagi ko Koi Roko It's time to slow my game #DheemeDheeme."

The film's trailer came out on Monday and featured Chintu Tyagi, played by Kartik, narrating a tale of how his father made him study, work and then get married - all on the pretext of achieving 'a peaceful life' at every stage.

It further showed how Chintu juggles to maintain a balance between his married life and an extra-marital affair. In all, the trailer is a sure sign that the movie will be a full-time entertainer.<br>It is a remake of the 1978 film with the same name and also features Aparshakti Khurrana in a supporting role.

The movie is directed by Mudassar Aziz and produced by Bhushan Kumar, Renu Ravi Chopra, and Krishan Kumar.