Firing a fresh salvo at the Congress and Biju Janata Dal (BJD), Prime Minister Narendra Modi on Tuesday accused the two political parties of conspiring to keep the poor people in the country poorer and deceived them by treating the community as a "vote bank".

Kalahandi: Firing a fresh salvo at the Congress and Biju Janata Dal (BJD), Prime Minister Narendra Modi on Tuesday accused the two political parties of conspiring to keep the poor people in the country poorer and deceived them by treating the community as a "vote bank".

Addressing a public rally here, Prime Minister Modi said, "Parties like Congress and BJD conspired to keep the poor of the country poorer. They deceived the poor. They treated them as vote-bank and because of this, people like Dana Manjhi do not even get an ambulance."

Attacking the Congress, the Prime Minister claimed that the Congress looted the poor in the last 70 years for its own personal gains and did not care about the well-being of the poor.

"Do you have trust in those who have looted the poor? Seventy years have passed and these people have looted you. Will you forgive them? Such has been their intentions," he said. 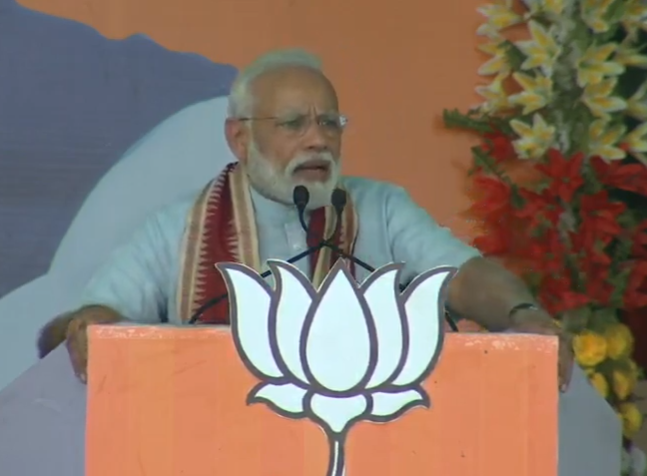 Accusing the BJD government of blocking central government's schemes which were not reaching the poor and backward communities, Prime Minister Modi said that despite "non-cooperation" from the state government, his administration continued to work for the betterment of their lives.

"If BJP had formed the government here (in 2014), the work in Odisha would have been much faster, better and at a bigger scale. Whatever could not be done in the last 70 years, the same could have been achieved in the last five years. Despite non-cooperation from the state government, we did our best to bring about the change in your lives," he added.

Highlighting the works done by his government, the Prime Minister elaborated, "Twenty-four lakh houses in Odisha have got electricity connection free of cost. After 70 years of independence, 3,000 villages of Odisha got electricity for the first time. All of these things were not done by Modi, India’s voters are the ones who made it happen. More than 400 Eklavaya model schools have been opened for the children of tribals."

"Like Atal Bihari Vajpayee created a separate tribal ministry, I ensured to create a separate fisheries ministry for the welfare of the community," he said. 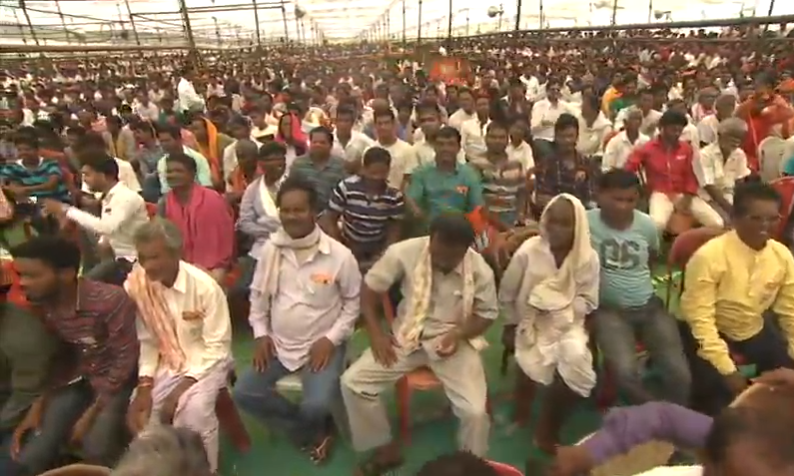 Urging the electorate to vote for the BJP, the Prime Minister added, "Vote for a ‘double engine’ government where BJP is in power both at the Centre and in Odisha, so that development ushers in at a faster pace. Please vote in huge numbers to make this 'chowkidar' (watchman) strong."

The seven-phase Lok Sabha elections will begin from April 11 to May 19 and counting of votes will take place on May 23.