PM Modi in Bhilai: Answer to violence is 'development'

Prime Minister Narendra Modi said that development is the only solution to all kinds of violence and conspiracy.


Bhilai: Prime Minister Narendra Modi on Thursday said that development is the only solution to all kinds of violence and conspiracy.

Addressing a gathering after inaugurating a slew of projects in the state, Prime Minister Modi said the inauguration of the modern expansion of the Bhilai steel plant will strengthen the foundation of a 'New India'.

"Bhilai not only made steel but also lives, society and the country. This new modern and converted steel plant will now work to strengthen the foundation of New India. You all have experienced how the picture changed after the establishment of the steel plant," the Prime Minister said. 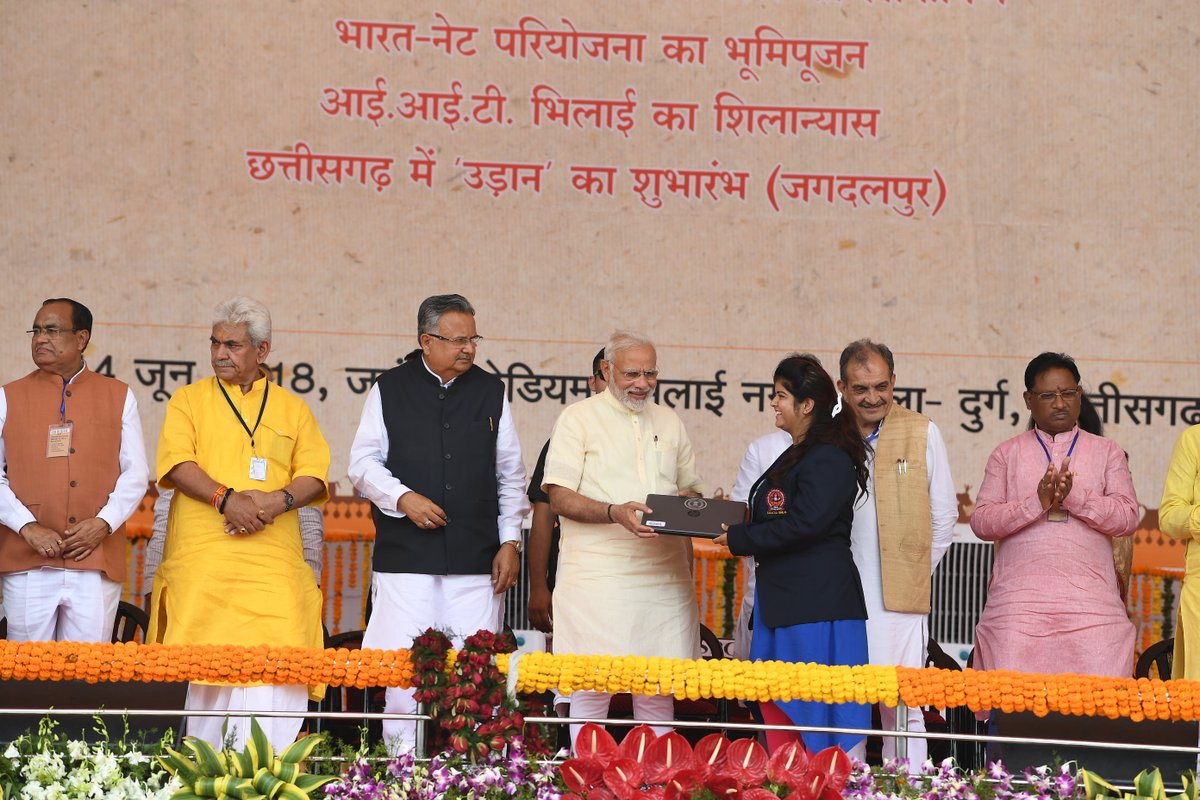 He further said that the upcoming IIT Bhilai campus, built at a cost of about Rs 1,100 crore, will act as a pilgrimage centre for technology and technical education for students in the state as well as in the entire country.

Highlighting the work done by the Bharatiya Janata Party (BJP) government in the state, Prime Minister Modi continued, "Considering the interests of tribals, Forest Rights Act has been implemented strictly. Tribal communities have been given the title of more than 20 lakh acres in Chhattisgarh in the last four years."

The Prime Minister espoused that the government was working to increase the income and ensuring quality education of the tribals in Chhattisgarh. 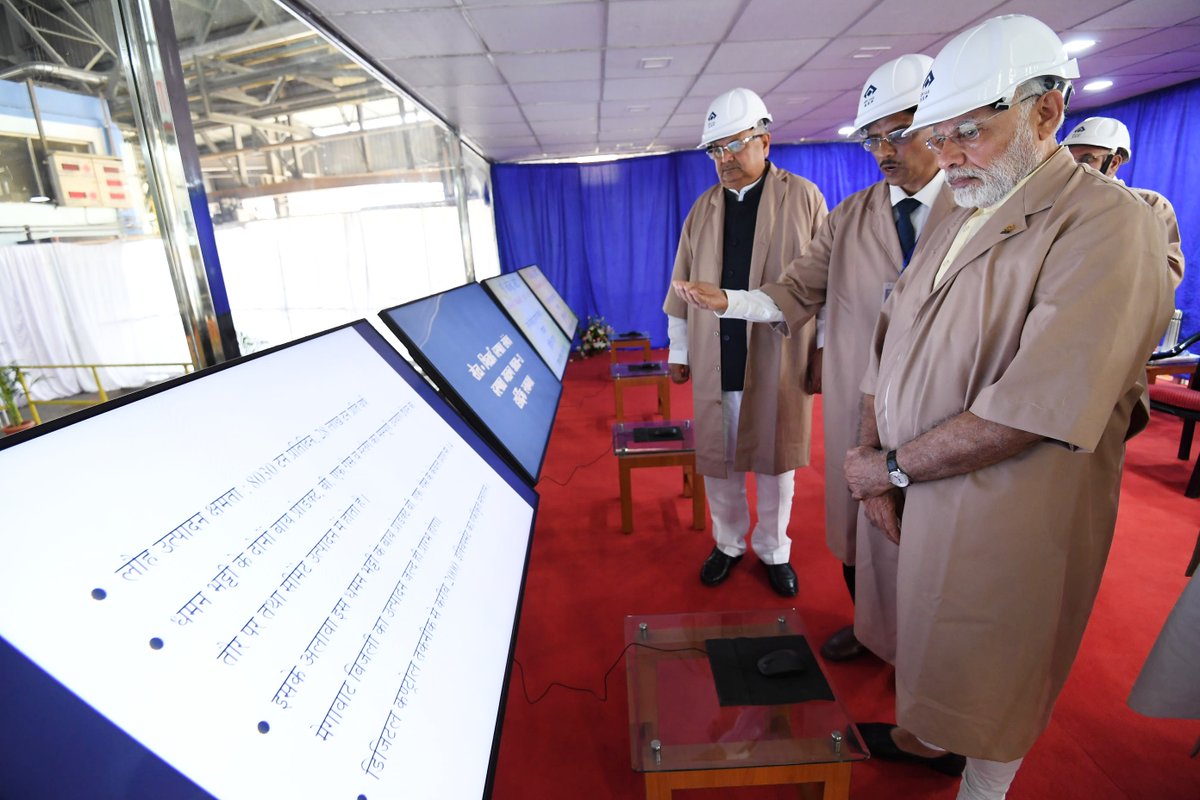 "The government is also working on giving quality tribals' education. To raise the level of education among tribal children, Eklavya Vidyalayas are being opened in the country. We are working for them for their bright future," Prime Minister Modi stated.

He added that under the Jan Dhan Yojna, 130 million poor people have already opened their bank accounts so far in the country. The Prime Minister highlighted that the government has constructed more than 37 lakh toilets and 22 lakh poor families have got free gas connections under the Ujjwala Yojana scheme in Chhattisgarh. 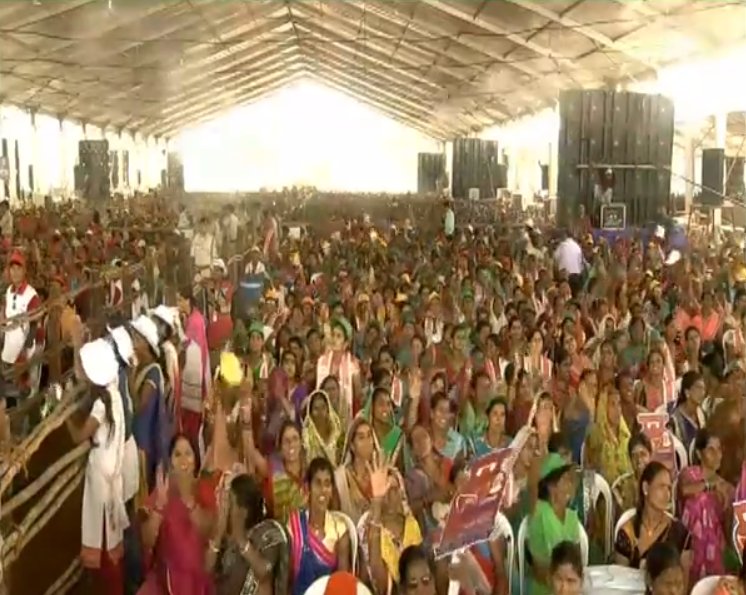 He lauded the positive effect of the Gram Swaraj campaign, which helps to give a boost to the development of the country.

"The Gram Swaraj campaign has had very positive effect in the last two months. These campaigns are being run especially in 115 districts of the country which were lagging behind in development. It includes 12 districts of Chhattisgarh," the Prime Minister explained.

Lauding the fast-paced development in Chhattisgarh, the Prime Minister went on to say that the vision of former prime minister Atal Bihari Vajpayee was being carried forward by chief minister Raman Singh. Prime Minister Modi said that his government was making unprecedented efforts to boost connectivity in the state, adding, "Earlier where there were no roads, now airports are being constructed along with roads." 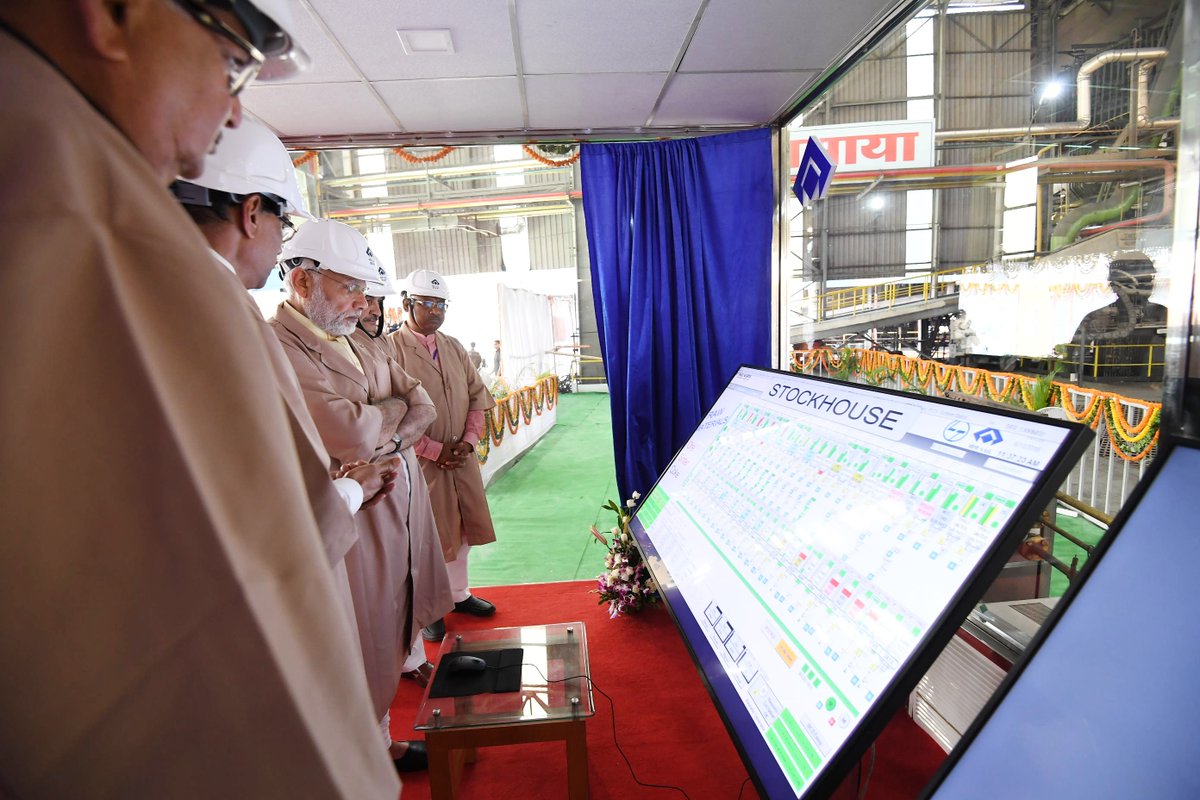 Terming Naya Raipur as the country's first greenfield smart city, the Prime Minister said the city would now serve as an example for smart cities across the country.

Prime Minister Modi added that Rs. 3,000 crore was being spent to construct more hospitals, schools, roads and toilets in Chhattisgarh. He further informed the public that air services between Raipur and Jagdalpur have been made operational, while work on BharatNet Phase 2 in the state has begun. 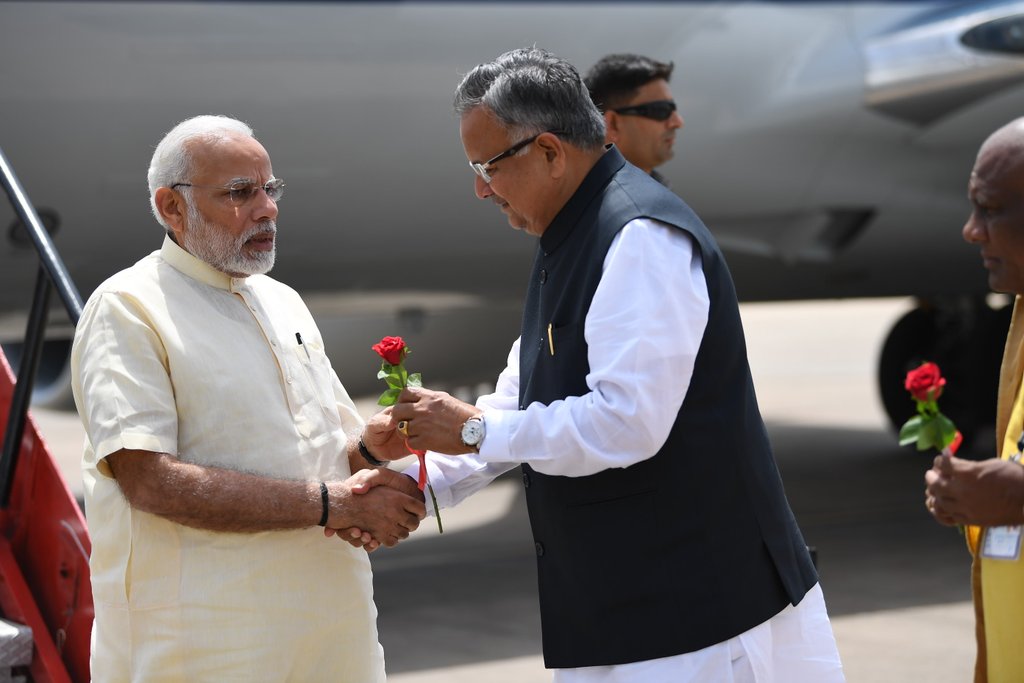 This is Prime Minister Modi's second visit to Chhattisgarh in the last two months. The visit comes ahead of the assembly elections scheduled to be held in the state later this year. (ANI)