The first Rafale aircraft will be handed over to India next month, said Prime Minister Narendra Modi here on Thursday.

Paris: The first Rafale aircraft will be handed over to India next month, said Prime Minister Narendra Modi here on Thursday.

"We are happy that the first of the 36 Rafale fighter aircraft will be handed over to India next month," said Modi, during a joint interaction after his bilateral meeting with the French President Emmanuel Macron.

In September 2016, India had signed a deal with the French government and Dassault Aviation to acquire 36 Rafale fighter jets for over Euro 7.8 billion to arrest the fall of combat squadrons and meet urgent requirements on the eastern and western fronts. The aircraft will start arriving in India from May next year. Defence Minister Rajnath Singh and IAF Chief Air Chief Marshal BS Dhanoa are scheduled to fly to Paris to receive the first Rafale fighter jet manufactured by French firm Dassault Aviation.Macron said that it is a "big thing" for France that first aircraft will be given to India next month.

"The first aircraft will be getting (handed over) to India next month. It is a big thing for us," said Macron. 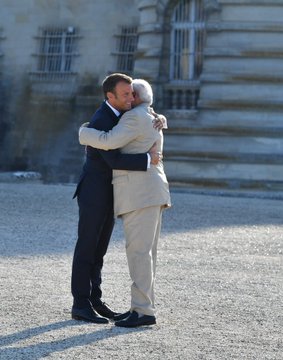 The officials in India have said the Rafale is far more advanced than the ones operating with the French Air Force and that is why the plane would continue to be used for training Indian pilots till May next year.

The Indian planes have been equipped with a lot of India specific enhancements, which have been fitted at a cost of around one billion euros.

Though small batches of Indian pilots have already trained on the French Air Force planes, the Indian Air Force would train 24 pilots in three different batches till next year May for flying the Indian Rafales.

The Indian Air Force will deploy one each squadron of the Rafale combat aircraft at its airbases in Ambala in Haryana and Hashimara in Bengal.Defence industrial cooperation is one of the mainstays of the strategic partnership between India and France, said a statement issued after the joint interaction. The two sides expressed satisfaction over the progress made in the implementation of agreements signed, particularly the delivery of the first Rafale combat aircraft from this year.

"They reaffirmed their commitment to further strengthen cooperation in defence industry field and extended their support to existing and upcoming partnerships between the defence companies of the two countries in the spirit of "Make in India" and for the mutual benefit of both countries," the statement said. 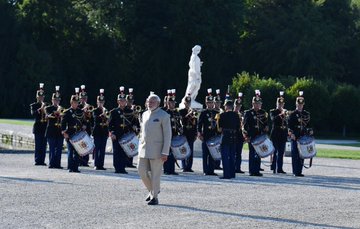 "Both sides noted with satisfaction that Indian MSMEs are increasingly becoming part of global supply chains of French Defence and Aerospace OEMs and reaffirmed to give further impetus to this trend. They welcomed the ongoing collaboration between aerospace and defence industrial associations of both countries, SIDM for India and GIFAS for France," it added. (ANI)