The 15,000 square feet underground bunker museum has virtual reality booths in which visitors can "time travel" to the 19th century, a state government official said. 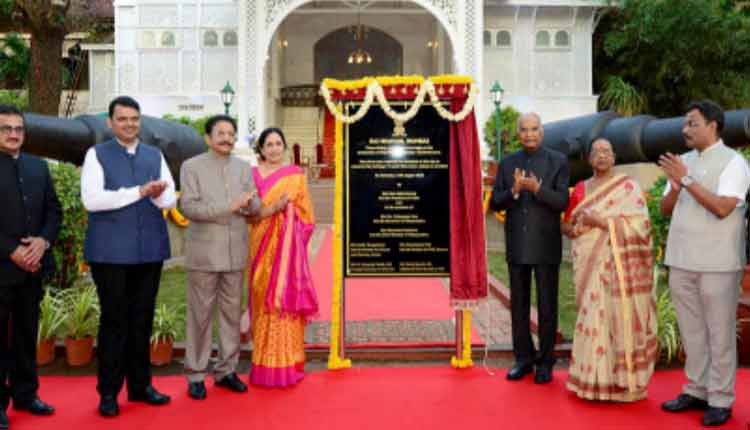 The bunker was created in the 19th century to fire cannons at approaching enemy ships, he added.

Another section depicts the history of Raj Bhavan.

The museum will be opened for the general public with an online booking facility later this year, the official said.

President Kovind was shown around the exhibition and given an audio visual experience of the history of Raj Bhavan at a virtual reality booth.

Earlier, he unveiled the foundation stone for the proposed reconstruction of Jal Bhushan, the Governor's office-cum-residential building.

Jal Bhushan has a history of nearly 200 years, and the present building has undergone several modifications and renovations.

It became the official residence of British governors in 1885 when the 'Government House' was shifted to Malabar Point from Parel.