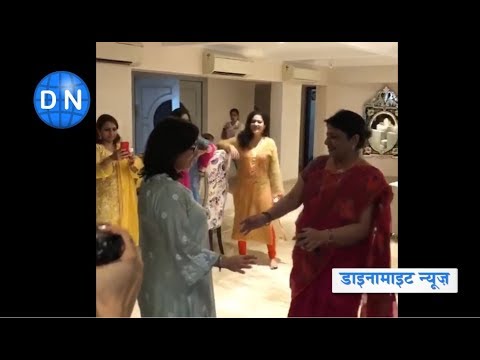 Mumbai: Here's another proof that Priyanka Chopra and Nick Jonas, along with their families, had a gala time at their roka ceremony.

The American singer's mother Denise Jonas on Wednesday took to Instagram to share an adorable video in which she and Priyanka's mother Madhu Chopra can be seen shaking a leg to the tunes of Punjabi song '3 Peg'.

Also Read: It's celebration time for Priyanka and Nick 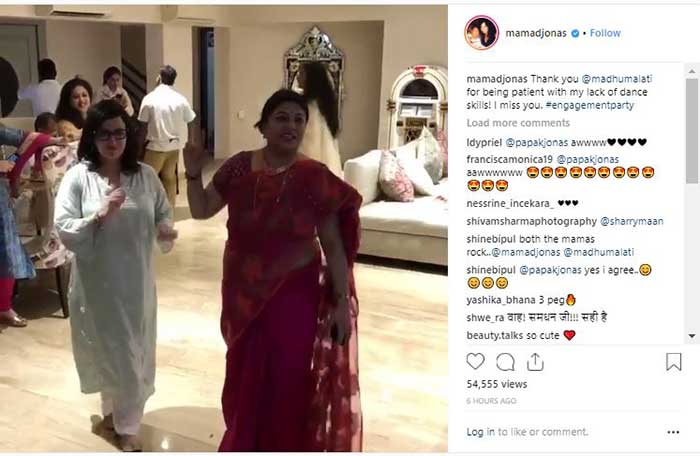 "Thank you @madhumalati for being patient with my lack of dance skills! I miss you. #engagementparty," she wrote alongside.

Also Read: Priyanka-Nick made it official with Roka

Priyanka and Nick reportedly got engaged during former's birthday celebrations in London on July 18.

Later, Nick flew down to India with his parents to seal the deal with his lady love. A 'roka' ceremony was organised on August 18 which was attended by close family and friends. Following the 'roka', a party was also hosted by Priyanka's family for near and dear ones. (ANI)