Megastar Priyanka Chopra Jonas on Wednesday, who is making headlines for her memoir, 'Unfinished', shared a BTS video from the sets of her cover shoot.

New York: Megastar Priyanka Chopra Jonas onpWednesday, who is making headlines for her memoir, 'Unfinished', shared a BTS video from the sets of her cover shoot.

The 'Baywatch' actor posted a clip on Instagram in which the actor is seen showering love on her pet dog, Diana. Sharing the BTS video, the actor wrote, ''Every shoot is #Unfinished unless @diariesofdiana makes an appearance. #BTS #Unfinished #covershoot.'' 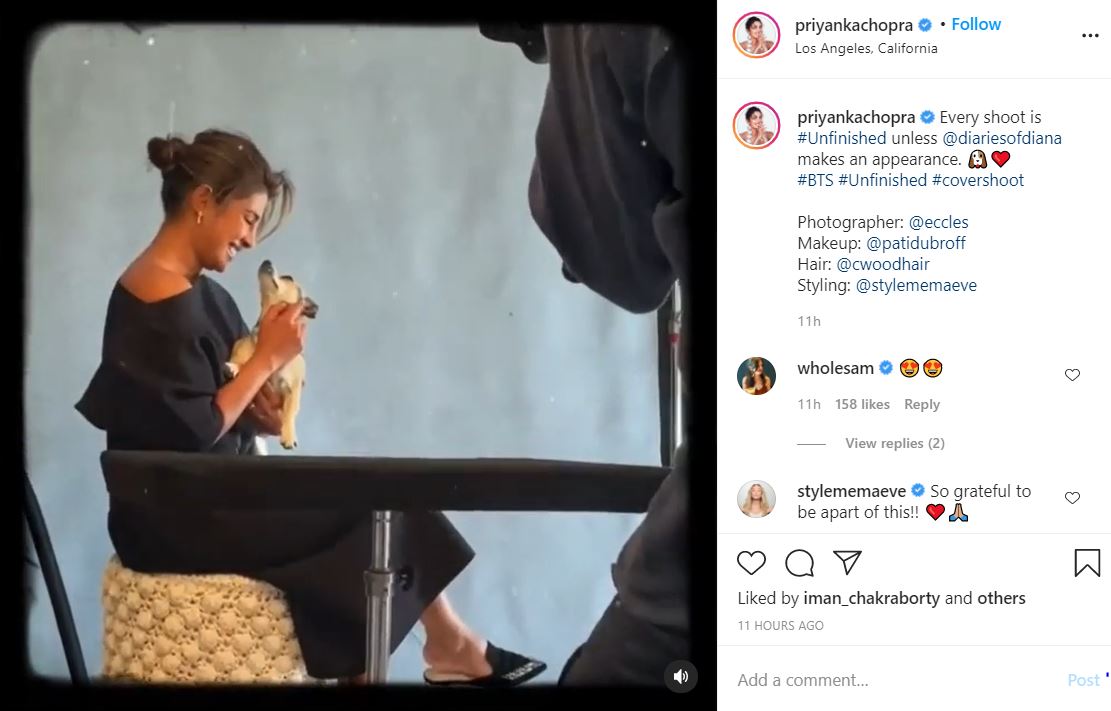 Dressed in an off-shoulder black dress, the 'Dostana' actor looked stunning in the video. Her hair was tied in a messy bun. She is seen spending some quality time with her pet. Earlier last week, the 'Bajirao Mastaani' actor took to Instagram to share an intriguing short clip featuring the posters of her films and teased her memoir 'Unfinished'.

The video that started from a monochromatic picture of her parents, showcased some iconic characters essayed by the actor over the big screen. The video created in form of a film reel which played horizontally, in the same fashion as a movie plays in a cinema hall, with the sound of the reel rolling up and down.

Meanwhile, on the work front, Chopra was last seen in 'The Sky is Pink' with Shonali Bose. The film also featured Farhan Akhtar and Zaira Wasim. The actor is yet to announce her next project. (ANI)