Global star Priyanka Chopra Jonas on Thursday shared a sweet note for her husband Nick Jonas to express her love and remind him how much she misses him.

New Delhi: Global star Priyanka Chopra Jonas on Thursday shared a sweet note for her husband Nick Jonas to express her love and remind him how much she misses him. 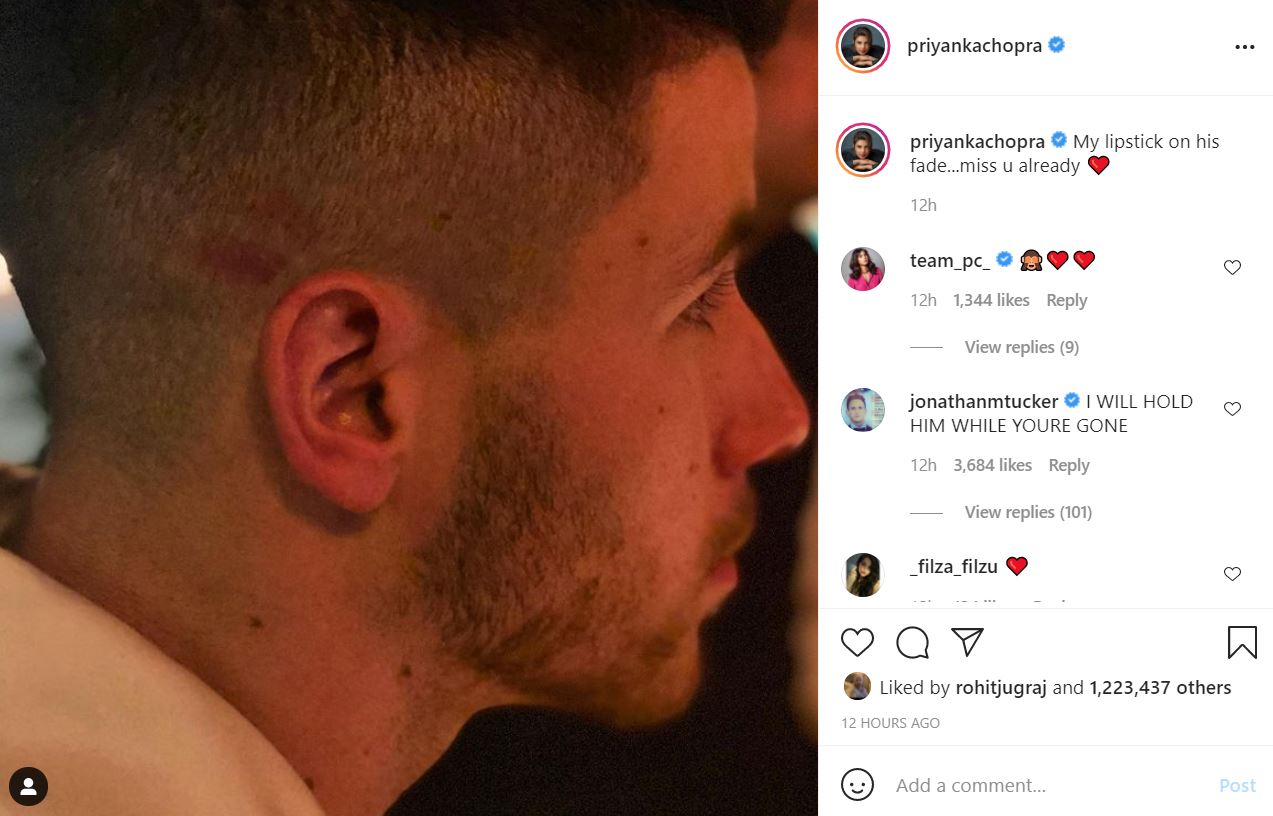 'The White Tiger' actor took to her Instagram handle and shared a picture of Nick where her lipstick mark could be seen on his head. Along with the picture, she wrote, "My lipstick on his fade...miss u already", followed by a heart emoji.

The post came after Priyanka recently dedicated a 'Husband appreciation' post on her Instagram for the American pop singer on the night of the Billboard Music Awards 2021.

While Nick was the host of the event, Priyanka was one of the presenters. Their outfits, which were a combination of Priyanka's beige and Nick's green, attracted a lot of attention during the event and on social media.

The lovebirds Nick and Priyanka had a fairytale wedding in December 2018, at the Umaid Bhavan palace in Rajasthan, in the presence of their friends and immediate family. The star couple had honoured both Christian and Hindu traditions in their marriage.

On the work front, Priyanka is currently working on the spy series 'Citadel'. It also stars Richard Madden. The project is backed by Amazon and helmed by the Russo Brothers of 'Avengers' fame.

The actor has finished shooting 'Text for You' with Sam Heughan, Celine Dion, Russell Tovey, and Omid Djalili. Priyanka will also be seen in an Indian wedding comedy with Mindy Kaling, which she will co-produce and feature in. She also has 'Matrix 4' and a film based on the life of Maa Anand Sheela in the pipeline. (ANI)