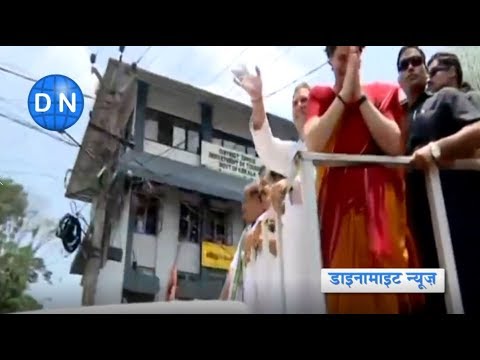 The AICC chief, along with the state leaders including former Chief Minister Oommen Chandy and Leader of Opposition in the Kerala Assembly Ramesh Chennithala, came out in an open vehicle after Gandhi completed the nomination procedures at the district collectorate here.

As the massive crowd of supporters gathered on both sides of the road, security personnel had a tough time controlling the workers to clear the way for the vehicle.

Gandhi and Priyanka, attired in a mustard and red border saree, waved to the crowd. 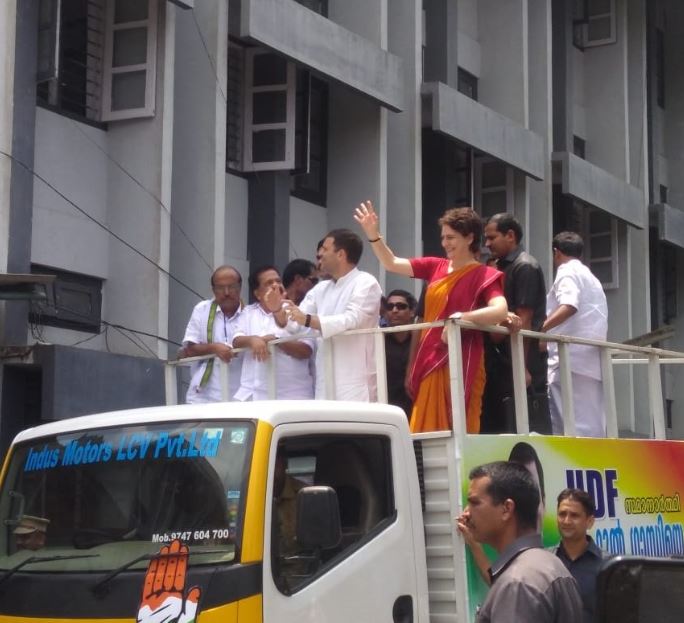 As the vehicle inched forward, Gandhi was seen shaking hands with many elated supporters.

People were seen clicking photos on their mobile phones and waving flags of the Congress party and its ally Indian Union Muslim League (IUML).

What an incredible day in Wayanad, Kerala as Congress President @RahulGandhi files his nomination. Thousands gathered to share their love & join in the revelry. #RahulGandhiWayanad #RahulTharangam pic.twitter.com/AORhTh1EDG

Heavy security was in place in and around the Collectorate ahead of the high profile visit of the Congress chief. (PTI)