Congress President Rahul Gandhi on Sunday announced that the Congress will fight upcoming Lok Sabha elections in Bihar with the Rashtriya Janata Dal (RJD) and will emerge victoriously.

Patna: Congress President Rahul Gandhi on Sunday announced that the Congress will fight upcoming Lok Sabha elections in Bihar with the Rashtriya Janata Dal (RJD) and will emerge victoriously. 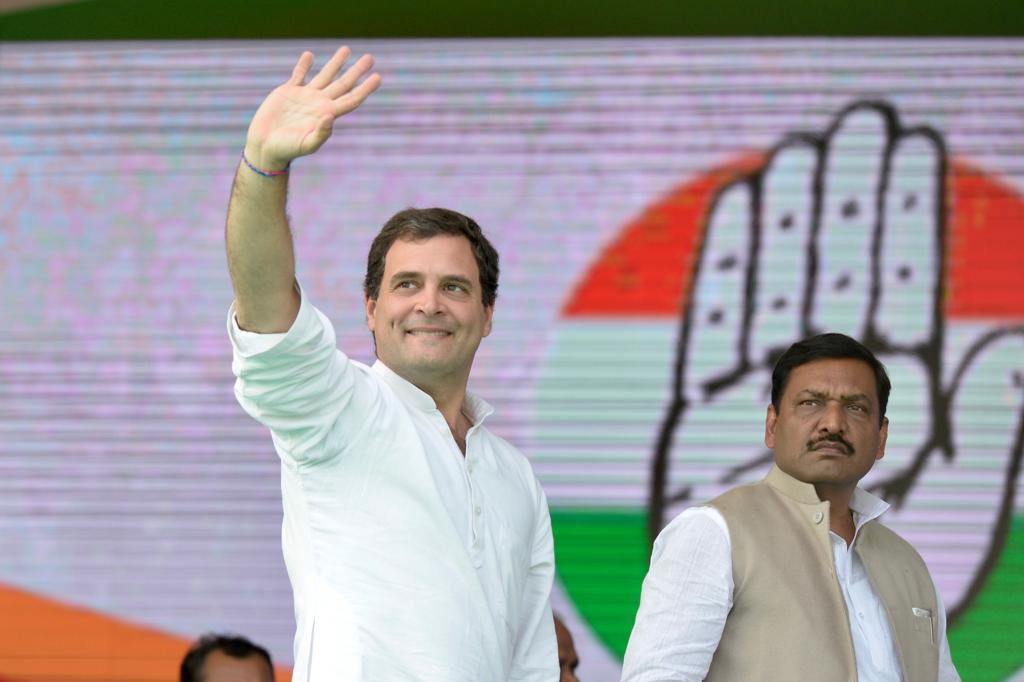 Rahul reiterated the Congress party's poll promise to waive off farmer loans in the country and provide a minimum income guarantee to every poor once the party forms a government after Lok Sabha elections.

He said: "Prime Minister Modi has given crores of rupees to Ambani, Choksi. The Congress, if gets the opportunity to form the government, will grant minimum income guarantee to every poor."

At the beginning of his speech, the Congress president asked the crowd to chant "Chowkidar chor hain", in an attempt to launch an attack on Prime Minister Narendra Modi. He said: “Our chowkidar in a thief. He goes to France, US and England, and engages in scam deals.”

During his public address, Rahul also slammed the Prime Minister over several issues, including the Rafale deal and Modi-government's recent announcement of income support to farmers.

Concluding his speech, Rahul asked the people of Bihar to ensure that the BJP should face defeat in the state. (ANI)