Congress president Rahul Gandhi has all the qualities to make a good prime minister, RJD leader Tejashwi Yadav has said, and alleged that the BJP's propaganda machinery spent hundreds of thousands of crores to malign the Congress leader's image.


New Delhi: Congress president Rahul Gandhi has all the qualities to make a good prime minister, RJD leader Tejashwi Yadav has said, and alleged that the BJP's propaganda machinery spent hundreds of thousands of crores to malign the Congress leader's image.

However, he also emphasised that the issue of who will be the prime minister can be settled after the 2019 polls by grand alliance members collectively.

Asserting that there was never a question mark over Gandhi's leadership, the Rashtriya Janata Dal leader in an interview to PTI said, even after such a long negative campaign against him, he (Gandhi) has won the hearts of the people through his perseverance, kindness and large-heartedness."

The Congress victory in the three major states of Rajasthan, Chhattisgarh and Madhya Pradesh under Gandhi's leadership has infused a sense of confidence and energy in the party, and in the minds of 69 per cent electorate who had not voted for Narendra Modi in 2014, Yadav said.

Asked if Gandhi has all the qualities to make a good prime minister, the former Bihar deputy chief minister said: Yes! He has all the qualities, he is the national president of India's oldest party and been in Parliament for the last 15 years. Don't forget his party has five chief ministers in the country and he is leading them. So, no question should be asked on (Gandhi's) leadership and qualities. 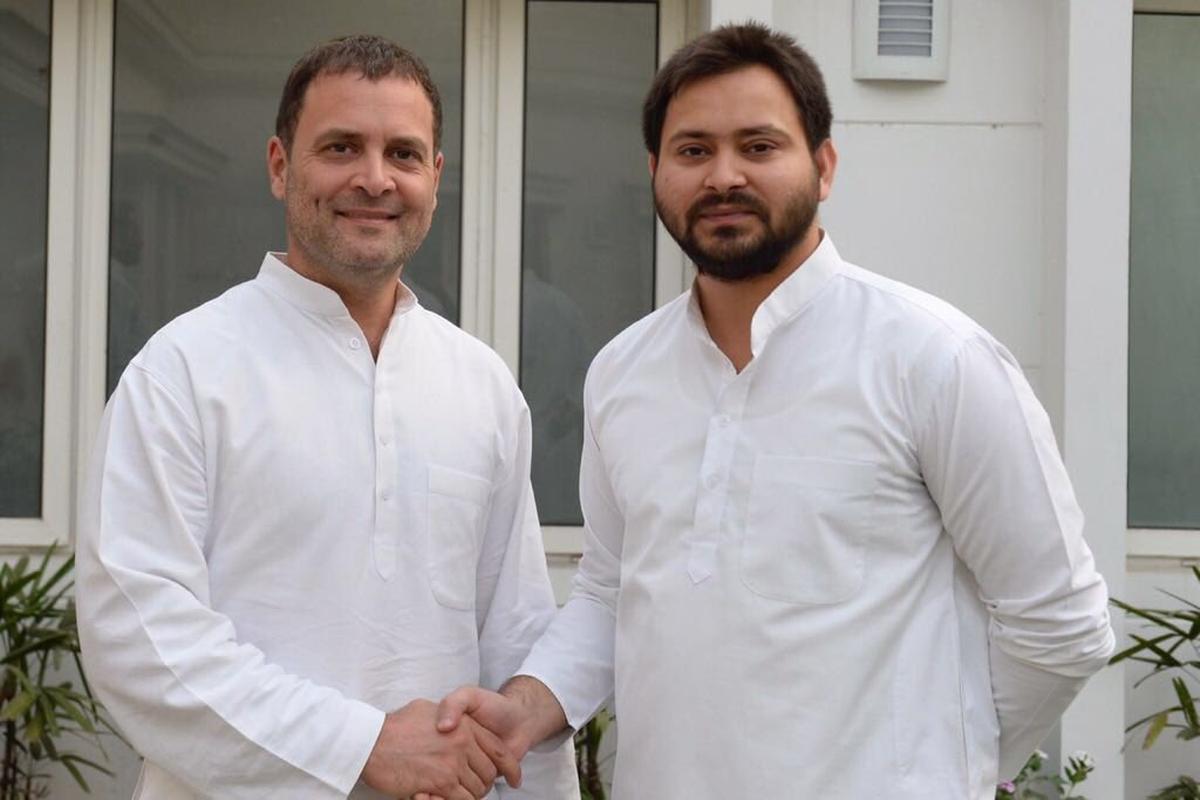 Democracy is always people-centric, it is not person-oriented. We do not want a dictatorship form of government. Presently, the BJP is suffering from Idol worship. We don't want that culture, said the 29-year-old son of former Bihar chief minister Lalu Prasad.

Alliance is about parties and not about a single party and its leader, Yadav asserted.

Once we go about the elections, we can always sit down and choose a leader after the elections are over, there is no hurry for that. Don't forget, Manmohan Singh ji was not a PM candidate in 2004, however, he successfully ran the government for 10 years, he said.

Asked if he would be playing the role of opposition unifier that was played by his father in 2004, the RJD leader said he is the youngest leader in the opposition camp, and just a learner, not a leader .

Yes, my father unified the UPA-I and he has been a vocal supporter of opposition unity since May 2014. I will be happy if anyone from our party could emulate his feat, Yadav said.

He said he was making efforts to the best of his ability to bring like-minded parties in the opposition camp and had done so successfully in Bihar.

Yadav alleged that the BJP was framing him in false cases with the help of its alliance partners such as the Central Bureau of Investigation, the Enforcement Directorate and the Income Tax Department. But, we are not afraid as we are known for our fearless politics. Neither we indulge in, nor fear, vindictive politics, he asserted.

Yadav said he is ready to go to any extent to ensure that the BJP and the Sangh don't come to power and alleged that the Constitution that empowers backwards, minorities and Dalits in the country, is at stake. (PTI)