Congress president Rahul Gandhi and his sister Priyanka Gandhi Vadra are expected to address three rallies jointly in the Western part of the state, along with Uttar Pradesh West in charge Jyotiraditya Scindia.

Lucknow: Congress president Rahul Gandhi and his sister Priyanka Gandhi Vadra are expected to address three rallies jointly in the Western part of the state, along with Uttar Pradesh West in charge Jyotiraditya Scindia.

The Congress trio will hold rallies in Saharanpur, Shamli and Bijnor districts, where polling is scheduled to be held in the first phase on April 11. Since campaigning will end on April 9, the party has planned a mega show on April 8 where its recently-announced NYAY scheme and issues of women's safety and sugarcane farmers will be highlighted, party sources said.

Also Read: Rahul to file nomination from Amethi on Apr 10, Sonia on Apr 11

Besides this, the party also plans to hold around 18 major rallies in the state that would be jointly addressed by Rahul and Priyanka, sources added. Former Prime Minister Manmohan Singh is also likely to address a couple of poll rallies in Pilibhit and Kanpur that have sizeable Sikh voters. 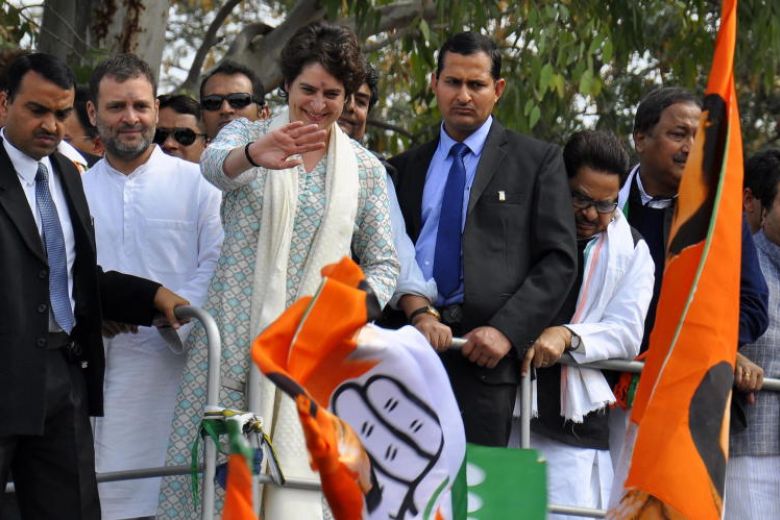 A senior Congress leader said the venues of the rallies would be finalised soon, while mentioning that importance would be attached to constituencies where Congress candidates have a higher probability of winning the polls.

The locations being considered for rallies are Bareilly, Fatehpur Sikri, Aligarh, Lucknow, Faizabad, Barabanki, Kushinagar, Pratapgarh, Lakhimpur Kheri, Prayagraj, Gorakhpur, Kanpur, Varanasi, Jhansi, and Faizabad. However, the Congress rallies in Varanasi and Lucknow, which are the constituencies of Prime Minister Narendra Modi and Union Home Minister Rajnath Singh, respectively, would assume greater significance for the party.

Seven-phase elections in the country are slated to begin on April 11 and go on till May 19. Counting of votes will be held on May 23. There are 80 Lok Sabha seats at stake in Uttar Pradesh, polling for which will be held in all seven phases.(ANI)