Another tragedy struck a bus full of Amarnath Yatris falls into a gorge near Ramban, 16 lose their lives and 19 Injured. Injured persons shifted to local Hospital

Jammu: Another tragedy struck on the Amarnath pilgrims on Sunday when a bus, enroute Pahalgam, carrying them fell into a deep gorge.

Reportedly, as many as 16 people have been killed and more than 30 seriouly injured.

A rescue operation by the Army is underway. Air force Chopper being sent to airlift injured for further treatment

This incident comes days after as many as seven people were killed and fifteen others injured after a group of terrorists opened fire on a bus carrying 17 pilgrims from Baltal to Mir Bazar earlier last week. 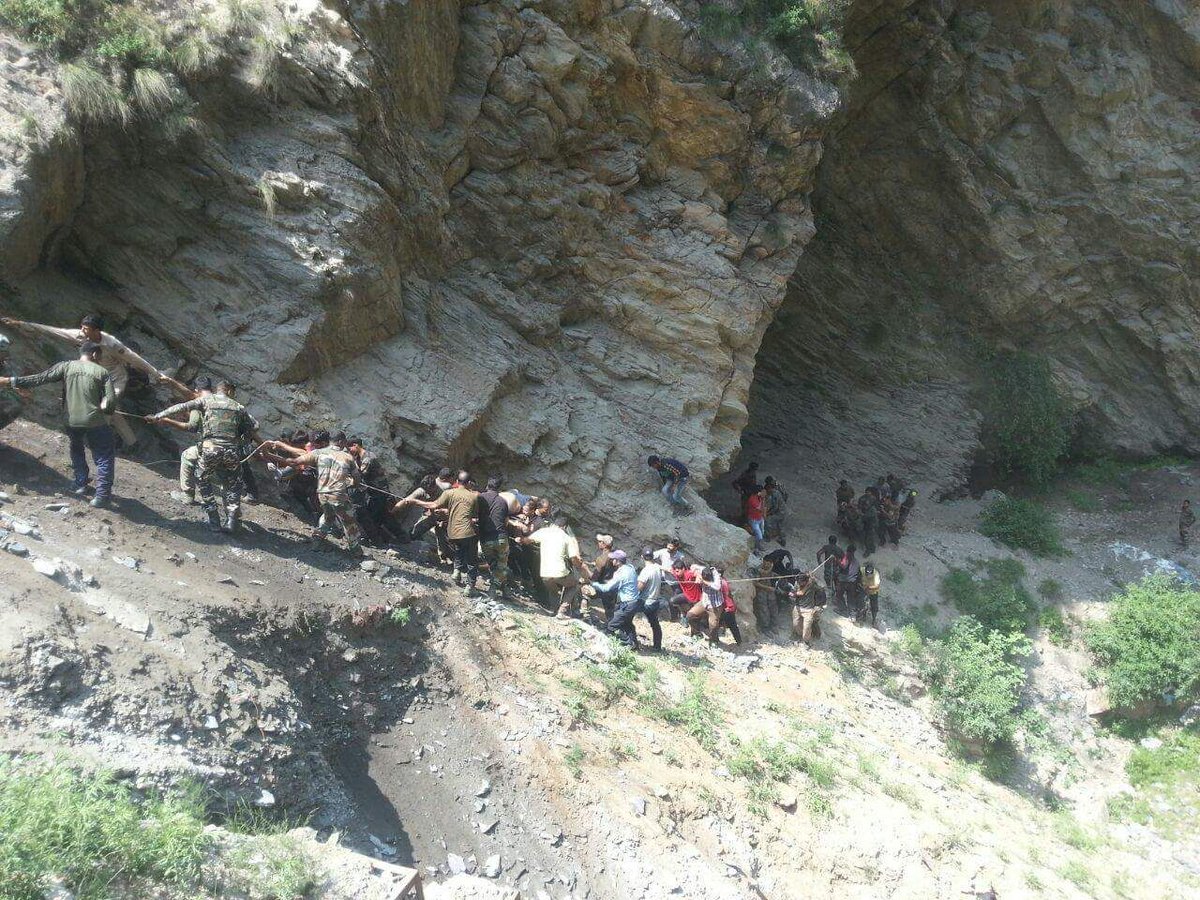 The 90th and 40th battalions of the Central Reserve Police Force (CRPF) were deployed at the spot to prevent further untoward incidents thereafter.

Only this morning one of the injured succumbed to her injuries taking the death toll to eight.

The brutal attack on the innocent pilgrims invited the wrath of all political parties, even as the entire world jointly condemned the incident.

J-K Chief Minister Mehbooba Mufti summoned an emergency meeting of her cabinet to review the security situation across the state. (ANI)

J&K: Exchange of fire between terrorists, security forces in Sopore