The makers of John Abraham's upcoming crime-drama 'Satyameva Jayate 2' on Tuesday announced that they are postponing the release of the film over coronavirus concerns.

New Delhi: The makers of John Abraham's upcoming crime-drama 'Satyameva Jayate 2' on Tuesday announced that they are postponing the release of the film over coronavirus concerns.

After the lockdown last year, many filmmakers were awaiting the release of their forthcoming films in 2021.

Considering the situation the nation is going through and keeping the safety of fans in mind, the movie that was slated to lock horns with Salman Khan's upcoming film 'Radhe: Your Most Wanted Bhai', on May 13, has been postponed.

"In these unprecedented times, nothing matters more than the safety and health of our countrymen and patrons. Our film 'Satyameva Jayate 2' will now release at a later date. Till then let's keep our masks on and do our best to keep our loved ones and ourselves out of harm's way. Jai Hind," read the official statement. 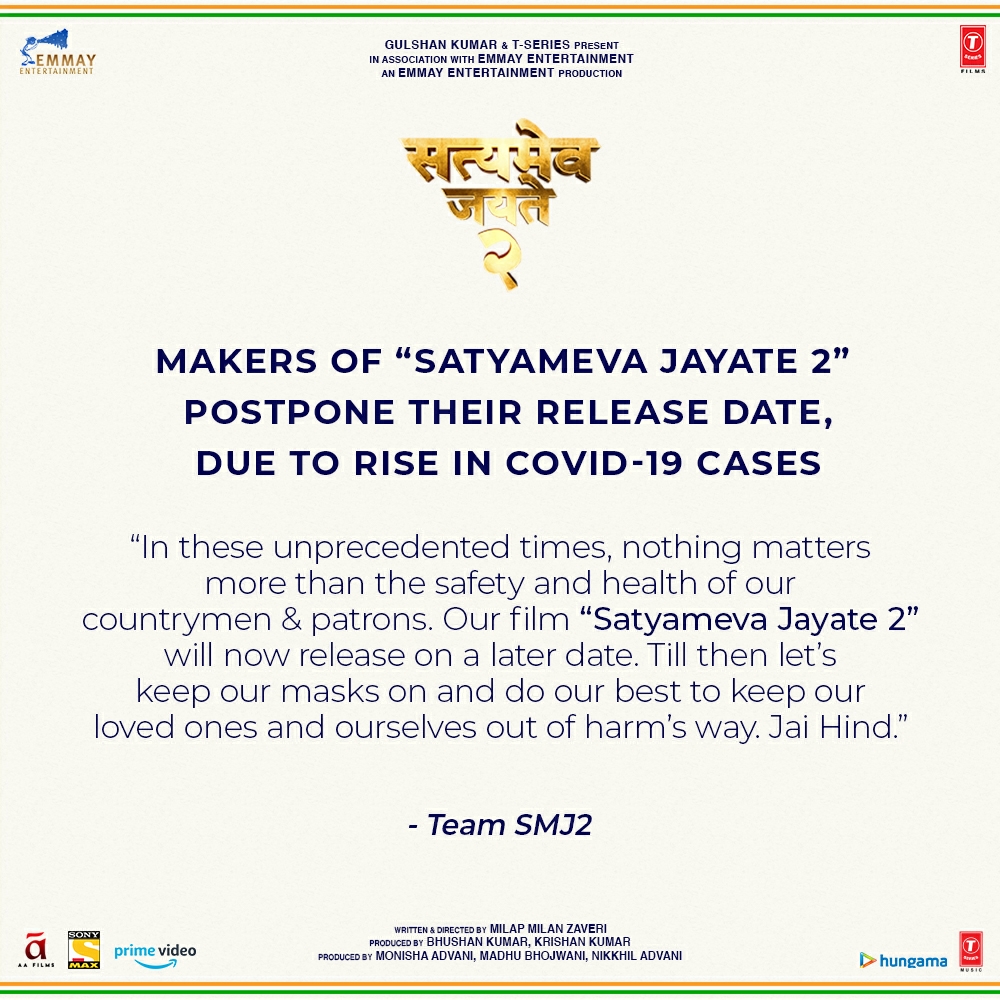 The film that will feature John in a dual avatar -as a police officer and as a common man, went on floors on September 20, 2019. Like the first installment, 'Satyameva Jayate 2', a standalone sequel, will also focus on the fight against injustice and misuse of power.

The first film narrated the story of a cop (Bajpayee), who has been given the task to catch a person named Vir (John), who is on a spree of killing corrupt police officers. Both Bajpayee and John fight for the same reason but they are divided by the law.

Riteish, Genelia get vaccinated against COVID-19

Arjun Rampal shares glimpse of his quarantine life with fans