She was arrested by the agency on Tuesday in connection with the investigation of a drug angle in actor Sushant Singh Rajput's death.

After Chakraborty's arrest on Tuesday, her lawyer Satish Maneshinde had said it was a "travesty of justice". 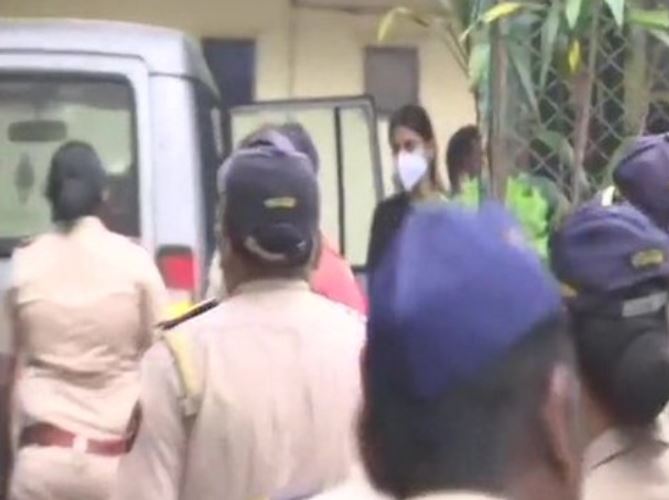 "Travesty of justice. Three central agencies hounding a single woman just because she was in love with a drug addict who was suffering from mental health issues for several years and committed suicide due to consumption of illegally administered medicines, drugs," Maneshinde had said after the actor's arrest.

The NCB launched an investigation after it received official communication from Enforcement Directorate (ED), in which there were various chats related to drug consumption, procurement, usage and transportation in connection with the Sushant Singh Rajput death case.

The ED had on July 31 registered an Enforcement Case Information Report in the actor's death case after a First Information Report was filed by Rajput's father KK Singh against Rhea in Bihar on July 28. Rajput was found dead at his Mumbai residence on June 14. (ANI)

After arrest by NCB, Bharti, her husband taken to Mumbai hospital for medical examination