Rice cultivation - A way of life in India's northeast

India's Northeast is mostly based on an agrarian economy with more than 70 percent of the population engaged in the agriculture sector.

Kohima: India's Northeast is mostly based on an agrarian economy with more than 70 percent of the population engaged in the agriculture sector.

As the region is mostly covered with evergreen forest, large scales of areas are plotted for rice, millets, maize and pulses cultivation through terrace cultivation and shifting cultivation.

However, rice is the main crop in the Northeastern states covering around 61 per cent of gross cropped area. 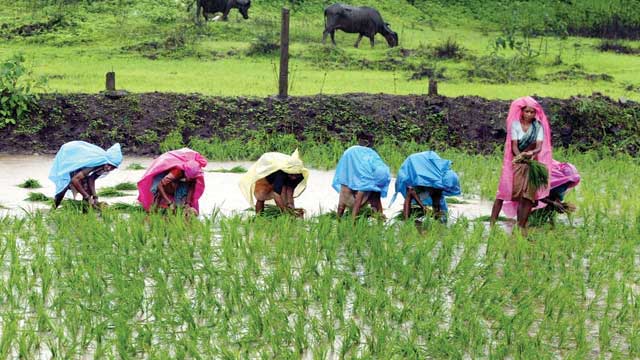 Farmers in the landlocked state of Nagaland have begun sowing in the fields with the advent of monsoon.

J Asui, a paddy field owner, said, "This is my paddy field and I work in a private institution. Since I cannot work fully in the paddy field, I had to employ laborers as daily wages. It is not that profitable but since I love to do cultivation, I used to do every year."

Ploughing and seeding are usually done in June, July and August and demands intensive labour.

Poonam Sore, a worker, said, "We work as daily wagers at times we get work of paddy and during off season we work for things. This is owned by Naga's and they pay us daily wages and we do farming for them. We also help them with cutting of paddy corps."

Similarly, farmers in the hilly areas of Manipur have also initiated paddy sowing.

As rice is among the most cultivated crops in the northeast region, agriculture sector as a whole contributes to the economic growth and prosperity of the region. (ANI)