Indian cricketer Rohit Sharma, who recently became a proud dad of a baby girl, shared an adorable photograph with the newborn.

New Delhi: Indian cricketer Rohit Sharma, who recently became a proud dad of a baby girl, shared an adorable photograph with the newborn.

In the picture, which was shared by Sharma on his Instagram handle, the baby could be seen holding fingers of her father and mother Ritika. 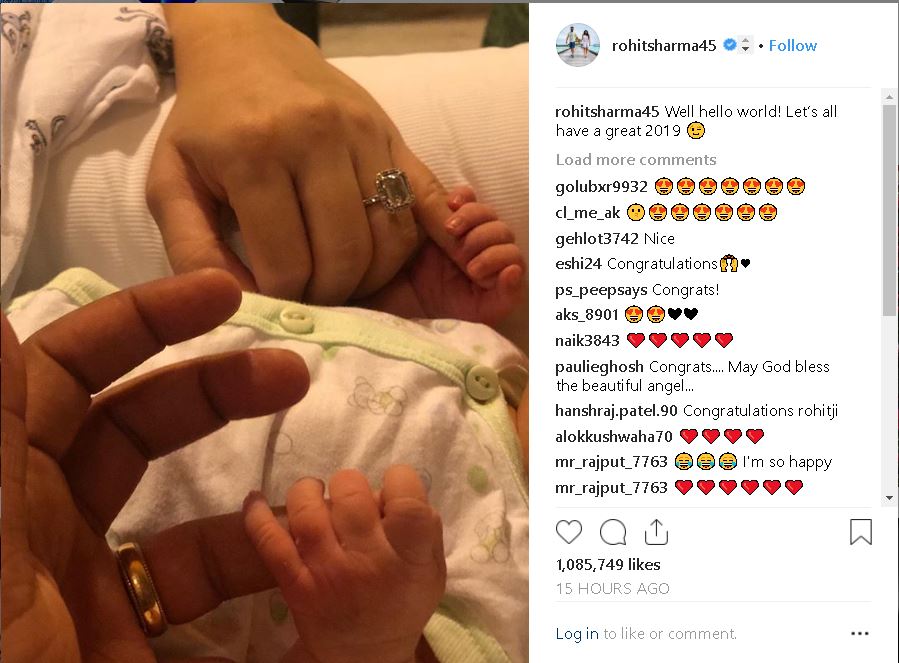 "Well hello world! Let's all have a great 2019 ," Sharma captioned the picture.

The right-hand batsman, who was in Australia at the time of his daughter's birth, flew back to Mumbai as soon as the news arrived. 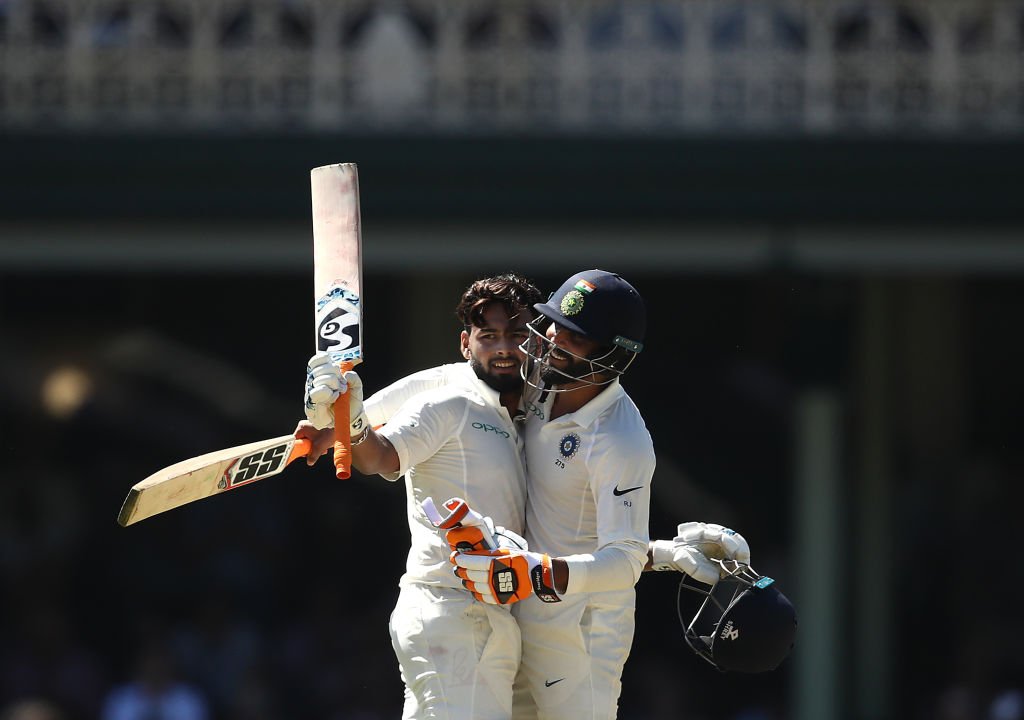 Later, the Board of Control for Cricket in India (BCCI) announced that Sharma would give a miss to the fourth Test of the ongoing four-match series against Australia which is going on in Sydney.

Sharma will join the national ODI side on January 8 when the team begins their preparation for the three-match ODI series starting January 12. (ANI)