Rupee rises 9 paise against US dollar after Fed rate cut

The rupee appreciated by 9 paise to 70.81 against the American currency in early trade on Thursday after the US Federal Reserve cut its benchmark interest rate.


Mumbai: The rupee appreciated by 9 paise to 70.81 against the American currency in early trade on Thursday after the US Federal Reserve cut its benchmark interest rate.

However, rising crude oil prices capped the gains for the domestic unit, they added.

At the interbank foreign exchange market, the rupee opened on a firm footing at 70.77 but soon pared some gains to trade at 70.81, up 9 paise over its previous close.

On Wednesday, the rupee had settled at 70.90 against the US dollar.

The US Federal Reserve cut its key interest rate for the third straight time on Wednesday, but it remains divided, with two of the 10 members voted against the move.

The Fed's policy-setting Federal Open Market Committee also made a crucial change in the statement, which indicated that it may not make another move in December. 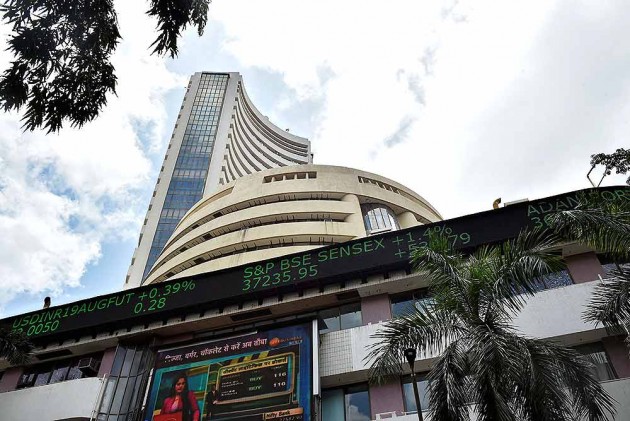 The dollar index, which gauges the greenback's strength against a basket of six currencies, fell 0.36 per cent to 97.29.

Brent crude futures, the global oil benchmark, was trading 0.45 per cent higher at USD 60.88 per barrel.

The 10-year government bond yield was at 6.50 per cent in morning trade. (PTI)

Rupee sheds 3 paise against US dollar

Rupee drops 22 paise against US dollar

Rupee plunges 37 paise against US dollar

Rupee gains 16 paise against US dollar in early trade