Indian ace shuttler B Sai Praneeth suffered a major blow as he crashed out of the Hong Kong Super Series after going down in straight games at the hands of second-seed Son Wan Ho of Korea.

Kowloon: Indian ace shuttler B Sai Praneeth suffered a major blow as he crashed out of the Hong Kong Super Series after going down in straight games at the hands of second-seed Son Wan Ho of Korea here on Thursday.

World no 3 Wan-ho took just 35 minutes to thrash Praneeth 21-8, 21-16 and to earn his third win over the Indian in as many meetings. Meanwhile, it was also the end of road for Indian men's doubles pair of Manu Attri and B Sumeeth Reddy. 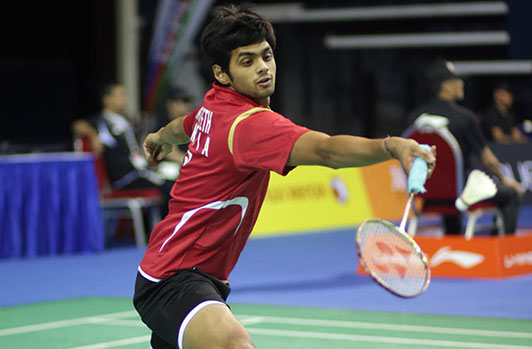 The Indian team slumped to a 17-21, 17-21 defeat against Malaysian-South Korean duo of Khim Wah Lim and Yoo Yeon Seong in the men's doubles event that also lasted for just 35 minutes. Earlier in the day, Rio Olympic silver-medallist PV Sindhu and HS Prannoy kicked off their campaign in the tournament with contrasting wins.

Also Read: Hong Kong Open: Nehwal advances to next round, Kashyap bows out

Sindhu showcased a brilliant performance as she eased past her Hong Kong opponent Yuet Yee 21-18, 21-10 in a one-sided clash that lasted just 26 minutes. She will now cross swords with Aya Ohori of Japan. Prannoy, on the other hand, produced a brilliant comeback from a game down to sweep aside Hu Yun of Hong Kong 19-21, 21-17, 21-15 in an exhilarating opening-round encounter of the men's singles event that lasted more than an hour.

The 25-year-old, who defeated his countryman Kidambi Srikanth to win 2017 Senior National Badminton Championship last week, will now face Japan's Kazumasa Sakai, who had defeated the Indian in the semi-finals of the Indonesia Open Super Series Premier. 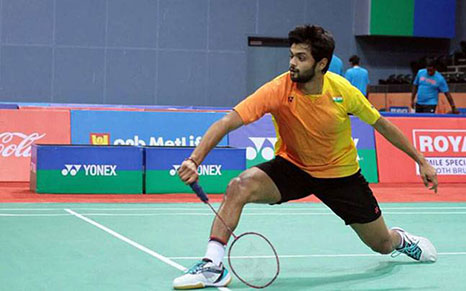 Meanwhile, Indian shuttler Saina Nehwal also advanced to the second round of the tournament after registering a 21-19, 23-21 win over Mette Poulsen of Denmark in a 46-minute first round clash.

Commonwealth Games champion Parupalli Kashyap, on the other hand, squandered an opening game advantage and went down 21-15, 9-21, 20-22 to Lee Dong Keun of Korea to crash out of the tournament. (ANI)