The late actor Sushant Singh Rajput and Sanjana Sanghi-starrer 'Dil Bechara', on Saturday, completed a year since its release.

Mumbai: The late actor Sushant Singh Rajput and Sanjana Sanghi-starrer 'Dil Bechara', on Saturday, completed a year since its release.

Taking to Instagram, Sanjana penned an emotional note thanking everyone for showering her with love for her debut film as a lead actor. 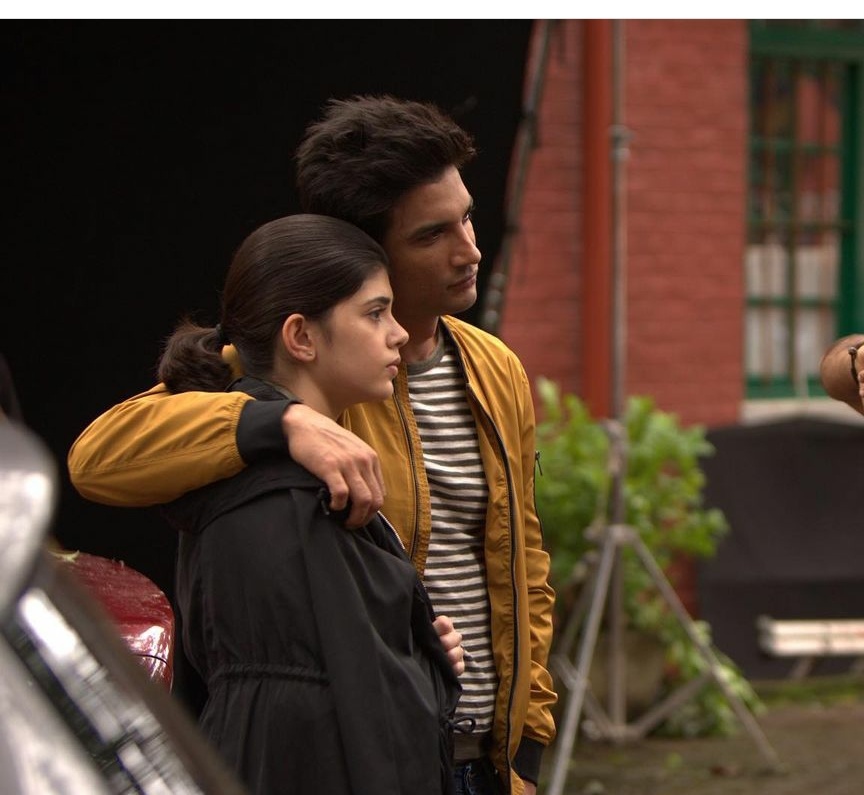 "A year ago today, upon the eve of Dil Bechara's release, my nervousness knew no bounds. And today, as we complete 1 YEAR of Dil Bechara ... becoming yours forever, all I have in my heart is unsurmountable heaps of gratitude for the kind of love, admiration and support you all have bestowed on our film, and the deep embrace you have given me over this year," she wrote.

Sanjana added, "It's fuel for the soul. It's what makes this vulnerable, emotional and magical journey of being an actor absolutely surreal. Each of your letters, your sketches, your remembering every dialogue, remembering every scene, and celebrating every milestone has made this tough journey that has been ridden with loss become a little more bright & sparkly. Thank you, for taking care of our film and celebrating it in ways we couldn't ever even dream of."

Directed by Mukesh Chhabra, 'Dil Bechara' was Sushant's last film, which was released on the digital platform Disney+ Hotstar on July 24. The film is the official remake of the 2014 Hollywood romantic drama 'The Fault In Our Stars', based on John Green's popular novel of the same name.

In her note, Sanjana also expressed her gratitude towards the film's crew and cast, including Sushant.

"It has truly been the greatest privilege and honour that has ever been bestowed upon me to discover myself as an actor in portraying Kizie Basu, the Indian Hazel Grace Lancaster from a novel I'd read an endless number of times as a teenager. And the opportunity to do that in the guidance of so many creatives geniuses made it unforgettable - Mukesh, Sushant, Rahman Sir, Rucha, Setu Sir, Swastika, Shashank Sir, Shashwat Da, Pritam Da, Sahil," she further wrote.

"Staying true to Kizie's core yet making her a whole new person, has been one of the most unique, uphill but satisfying challenges life has ever thrown at me, every bit of which has helped me grow and evolve, as a person & as an actor. Like every milestone, this one too is first yours. THANKYOU, from the bottom of my heart," Sanjana concluded.

Meanwhile, Sanjana is working on her next film 'Om: The Battle Within' opposite Aditya Roy Kapur. (ANI)