The Saudi-led Arab coalition has issued 157 permits to convoys headed towards Yemen in the last three days.


Sanaa: The Saudi-led Arab coalition has issued 157 permits to convoys headed towards Yemen in the last three days.

The convoys hold medical aid, food supplies and oil amongst other resources to bring respite to the nation suffering from a starvation crisis that has sent alarm bells ringing internationally.

19 permits were issued to vessels to dock in Yemeni ports, 12 air permits have been given while 16 vessels bearing aid have been allowed to the country as of yet. 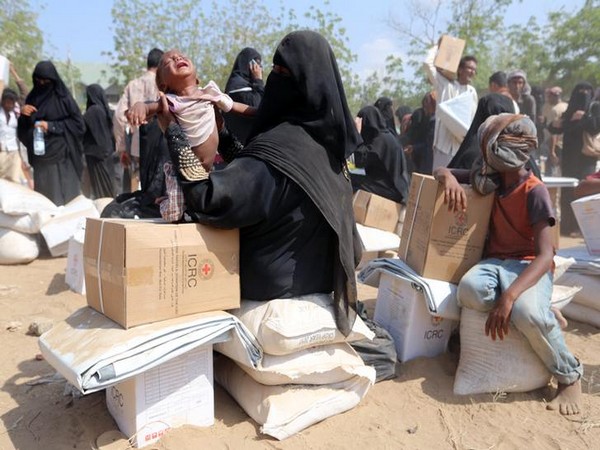 Earlier, the United Nations under-secretary-general for humanitarian affairsMark Lowcock, said that the ceasefire brokered between pro-government forces and the Houthi rebels in Hodeidah must quickly be "translated into a real change on the ground". Both the sides reached the ceasefire in Sweden on Thursday.

"People I've listened to - parents of starving children, people who have fled from their homes, sometimes multiple times - they're not seeing yet any tangible benefit," Lowcock noted. Clashes had erupted in Hodeidah despite the ceasefire on Friday.

The Arab Coalition and the Houthi militia have been regularly clashing in the war-torn nation which is also facing an acute food crisis. Several human rights organisations have called for the cessation of hostilities in the region and have asked the United States to take action to save Yemeni lives. (ANI)

Top 10 latest news of the day: National, Politics and Business