The Supreme Court on Wednesday upheld the decision of the then Karnataka speaker K R Ramesh Kumar to disqualify 17 rebel Congress-JD(S) MLAs under the anti-defection law and said that they can contest the upcoming by-elections in the state.


New Delhi: The Supreme Court on Wednesday upheld the decision of the then Karnataka speaker K R Ramesh Kumar to disqualify 17 rebel Congress-JD(S) MLAs under the anti-defection law and said that they can contest the upcoming by-elections in the state.

"We are upholding the order of the Speaker," said Justice Ramana while reading out the judgment. The top court said that resignation does not take away the power of disqualification by the speaker.

The rebel legislators were disqualified by the then speaker K R Ramesh Kumar in July under the anti-defection law after they tendered their resignation. They were also barred from contesting polls for the duration of the current assembly, which is slated to end in 2023. The move had led to fall of the Congress-JD (S) coalition government, paving way for BJP to stake claim to form a new government in the state. 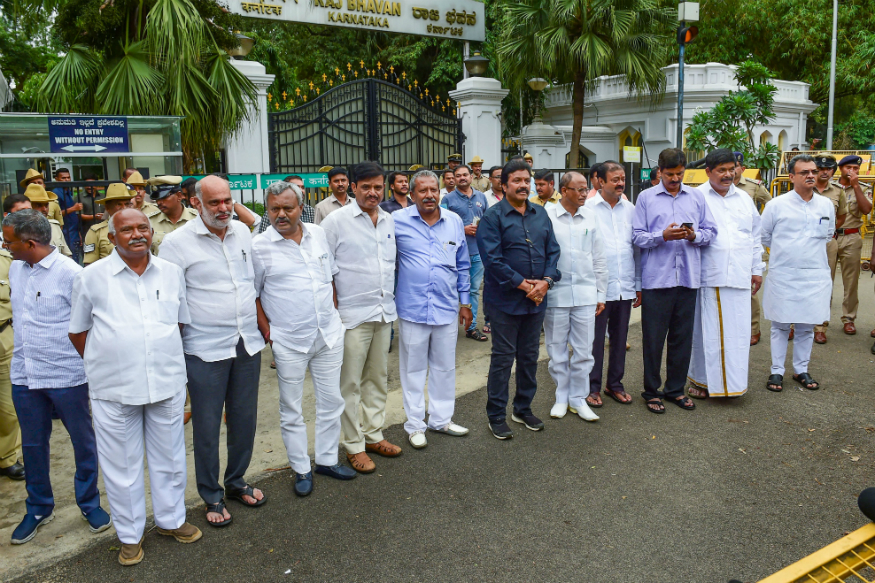 The disgruntled MLAs then moved the apex court challenging their disqualification. They sought quashing of the order passed by the speaker and prohibition imposed on them to contest elections. The matter was reserved by the court on October 25.

The elections for 15 out of 17 seats are slated to be held on December 5. They were earlier scheduled to be conducted on October 21 but were deferred by the Election Commission (EC) as the petitions of disqualified MLAs were pending in the top court. The poll body had withheld the elections for two seats -- Maski and Rajarajeshwari -- as the petitions against these Assembly constituencies are pending in the Karnataka High Court.

After their disqualification, the strength of the 224-member Assembly had come down to 207. This had brought down the majority mark to 104. The BJP, which helms the government in the state, has 106 MLAs in the Assembly.

With the by-poll elections, the majority mark will climb to 222 and the BJP will have to win a minimum of six out of fifteen seats to keep its majority. (ANI)