The teaser of Sushant Singh and Bhumi Pednekar starrer 'Sonchiriya' is out and it promises an intriguing and gripping tale of dacoits.

New Delhi: The teaser of Sushant Singh and Bhumi Pednekar starrer 'Sonchiriya' is out and it promises an intriguing and gripping tale of dacoits. 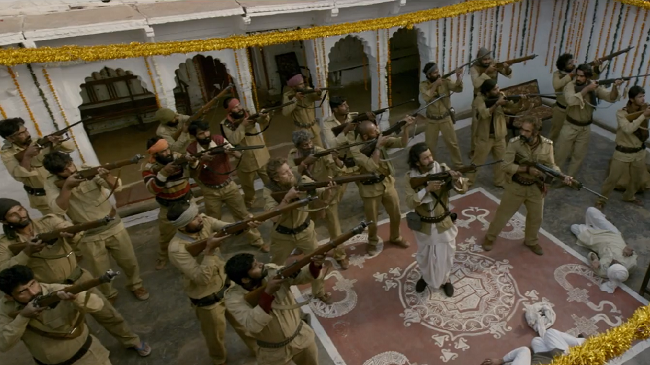 Bhumi took to her official Twitter handle to share the video of the teaser, "Ab yeh dekhna hai, ki khalifa banego kaun? #SonchiriyaTeaser out now!  " she wrote alongside the video.

The film is a rural crime drama set in Chambal. The teaser opens with a voice-over by Manoj Bajpayee, showcasing a village which is ruled by dacoits where multiple fight it out attain power. Apart from Sushant and Bhumi, the movie also stars Manoj Bajpayee, Ranvir Shorey and Ashutosh Rana. The nearly one-and-a-half minute clip introduces the characters of all the actors. The star cast dons fierce and bold avatars in tune with the theme of the flick. Another voice-over in the teaser informs the audience that the rebels are on the lookout for a 'golden bird' (Son ki Chiriya). But it leaves the viewers with two questions- What is that golden bird and why is everyone after it?

A few hours back, a new poster of the movie was also shared by the makers, featuring Sushant, Manoj and Bhumi sitting on the sand with their gang members.

The flick is directed by 'Udta Punjab' fame Abhishek Chaubey and is slated to release on February 8, 2019. (ANI)