Sports: Why Shreyas Iyer compares Virat Kohli with a lion?

Middle-order batsman Shreyas Iyer has said that skipper Virat Kohli is a role model for all the youngsters as he never gets tired and always remains energetic like a lion.


New Delhi: Middle-order batsman Shreyas Iyer has said that skipper Virat Kohli is a role model for all the youngsters as he never gets tired and always remains energetic like a lion.

Iyer was doing an Instagram live chat on the official handle of Indian Premier League (IPL) franchise Delhi Capitals and it was then that the batsman talked about Kohli.

"Whenever he goes out on the field it feels as if he's playing his first game. He's never tired, always energetic like a lion. You see a different body language when he enters the ground, something great to learn from him," Iyer told during the chat. 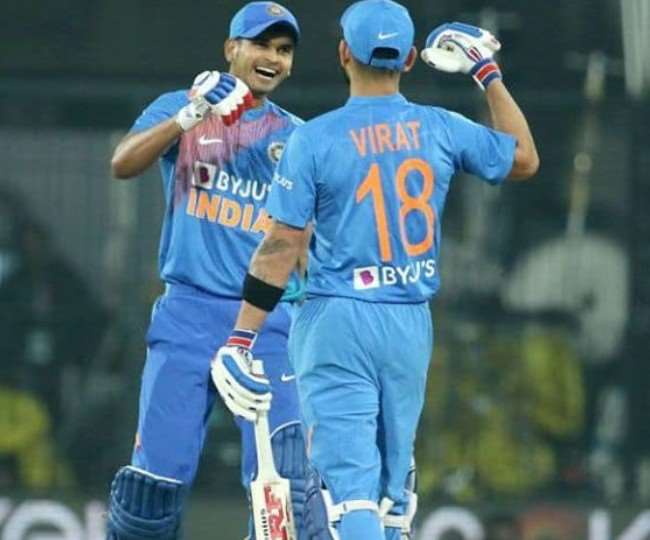 "It's really a phenomenal feeling when he talks or compliments his teammates. He's a role model for all the youngsters out there," he added.

In the series, he managed to score two half-centuries and one century and as a result, the batsman now feels that he has pretty much aced the number one slot.

Iyer managed to score 217 runs and this is the most number of runs scored by a number four Indian batsman in the three-match bilateral series.

"If you have been playing for India at that position for a year now that means you have sealed it. There should be no more questions asked about it," Iyer said.

Iyer would have been leading the Delhi Capitals if the IPL had commenced from March 29.

However, the tournament has been postponed indefinitely due to the coronavirus pandemic. (ANI)