Sushant has shared his shirtless picture on social media which is raising temperature on Internet. 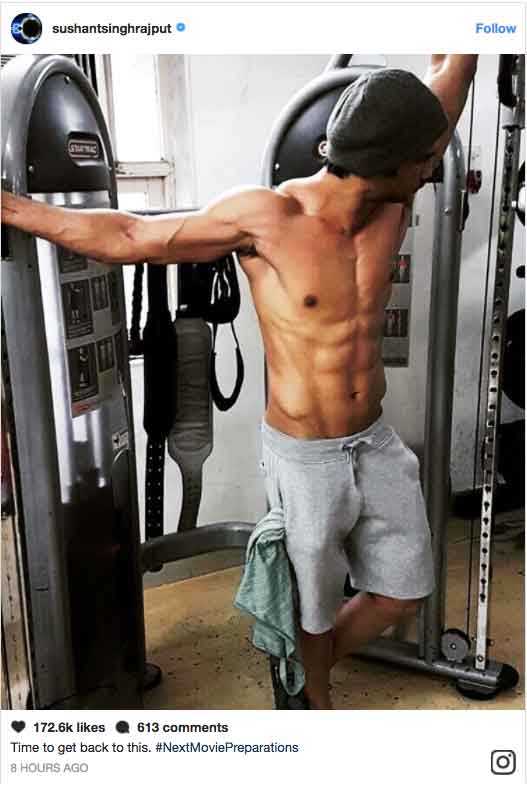 In the pitucre, the actor is at the gym and posing without shirt. He wrote the caption: Sushant's caption reads as, "Time to get back to this. #NextMoviePreparations"

He will next appear in Son Chiriya, directed by Abhishek Chaubey.