Teachers to be re-hired on contract basis

The Jammu and Kashmir administration has approved rehiring of lecturers and teachers on academic arrangement for continued academic activities.

Jammu: The Jammu and Kashmir administration has approved rehiring of lecturers and teachers on academic arrangement for continued academic activities, an official said on Saturday.

The sanction was accorded at the meeting of state administrative council (SAC), headed by Governor Satya Pal Malik, here on Friday, the official said.

The approval was granted to hire eligible lecturers, who have already rendered their services during the last academic year, purely on academic arrangement basis from March 11-June 30, the official said.

The decision has been taken to ensure continuity in academic activities in the higher secondary schools, the spokesperson said. 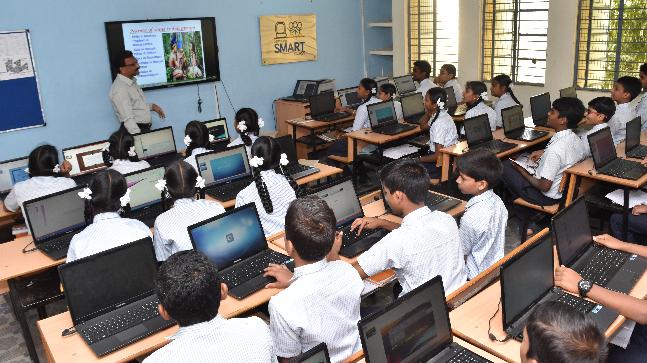 Every year, the school education department engages teachers and lecturers on academic arrangement basis in various higher secondary schools to overcome the shortage of teaching staff.

As many as 550 subject specific teachers were engaged on contract basis by the school education department for a year in the 110 high schools under the erstwhile centrally-sponsored scheme Rashtriya Madhyamik Shiksha Abhiyan, now Samagra Shiksha. The teachers have been provided to run the classes of IX and X in various subjects. Their term of engagement came to an end on February 25. (PTI)

UP CM Yogi wants images of teachers in schools

UP: Nine teachers dismissed over absenteeism

ICSE, ISC exam results to be declared on May 14

CBSE may decrease number of questions in Class 10 exam