Thousands of tourists and residents swarmed to beaches on Australia’s east coast on Tuesday to escape fierce wildfires bearing down on several seaside towns at the peak of the summer holiday period.

Melbourne: Thousands of tourists and residents swarmed to beaches on Australia’s east coast on Tuesday to escape fierce wildfires bearing down on several seaside towns at the peak of the summer holiday period. 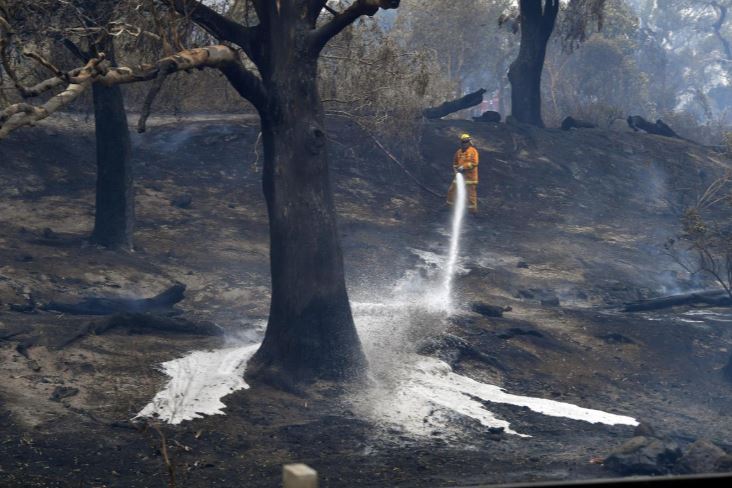 Government officials called for Australian military support and assistance from U.S. and Canadian fire crews as authorities confirmed two people had died overnight, taking to 11 the total deaths in wildfires since the beginning of October. The huge bushfires have destroyed more than 4 million hectares (10 million acres), with new blazes sparked into life almost daily by extremely hot and windy conditions in bushland left tinder dry after a three-year drought.

Fueled by searing temperatures and high winds, more than 200 fires are now burning across the southeastern states of New South Wales and Victoria, threatening several towns. 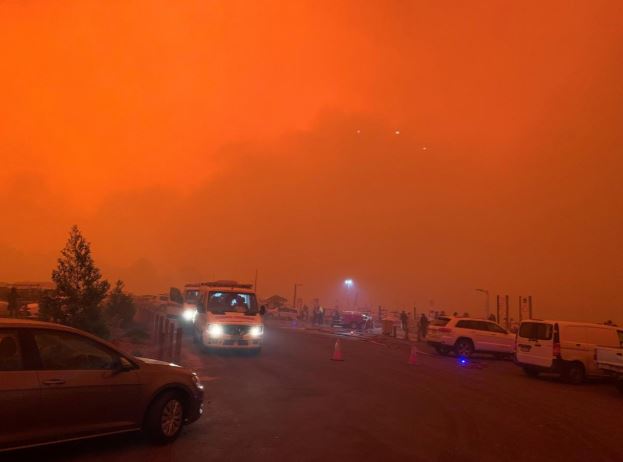 Authorities said the main firefront was moving up the coast and warned those in its path to seek shelter close to the beach. About 4,000 people in the town of Mallacoota in Victoria headed to the waterfront after the main road was cut off. Those who could not make it there scrambled for shelter in a gymnasium and other public buildings, as emergency sirens wailed.Some of those trapped in the town posted images of blood-red, smoke-filled skies on social media. One beachfront photograph showed people lying shoulder-to-shoulder on the sand, some wearing gas masks.

It looked “a lot like Armageddon,” said David Jeffrey, the owner of the Wave Oasis guesthouse, adding, “It’s terrifying.” 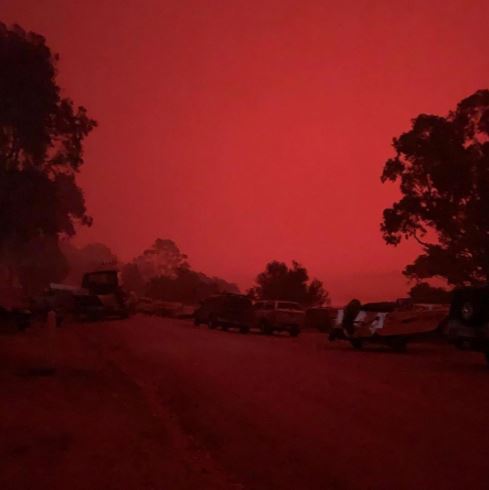 Hunkered down in a building on the town’s main street, a community radio presenter, Francesca Winterson, described the situation as “absolutely horrific”.

She told Australian Broadcasting Corp radio, “We have got blustering winds, we are surrounded by red sky, choking dust, choking smoke and embers are falling on the town and we are completely isolated.” Three teams of firefighters defended the town in a bid to beat back the blaze, and authorities said that by late afternoon the worst danger had passed. Fisherman Steve Casement said he had lost his house in Mallacoota to the fires.

“We are stuck here now,” he told Reuters by telephone. “Everyone is pretty shocked at the moment, most of my mates are in the same position. 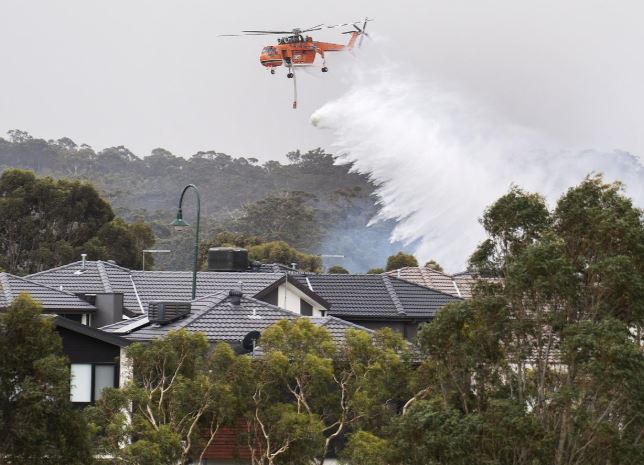 “Right now, I am on a trailer watching the town burn down, listening to gas bottles explode at some poor bugger’s home and seeing smoke all around me.” (Reuters)

Delhi: Fire breaks out at two factories in Narela