US President Donald Trump on Wednesday visited El Paso in Texas and Dayton in Ohio in light of the mass shootings that killed 32 people over the weekend and met the kin of the victims and the injured.

New York: US President Donald Trump on Wednesday visited El Paso in Texas and Dayton in Ohio in light of the mass shootings that killed 32 people over the weekend and met the kin of the victims and the injured.

My time spent in Dayton and El Paso with some of the greatest people on earth. Thank you for a job well done! pic.twitter.com/TNVDGhxOpo

On August 3, 22 people were killed and 27 others were injured after a gunman opened fire in a Walmart shopping centre in El Paso. The suspect was identified by the police as a 21-year-old white man named Patrick Crusius.

Incredible afternoon in El Paso, Texas. We love you, and are with you, all the way! pic.twitter.com/pTNhHapx86

As Trump visited a local hospital to meet the injured, a large group of El Pasoans gathered at a nearby parking lot prior to his arrival to protest against his visit. Protesters held signs claiming Trump has blood on his hands after the shooting and condemned his "hate speech." 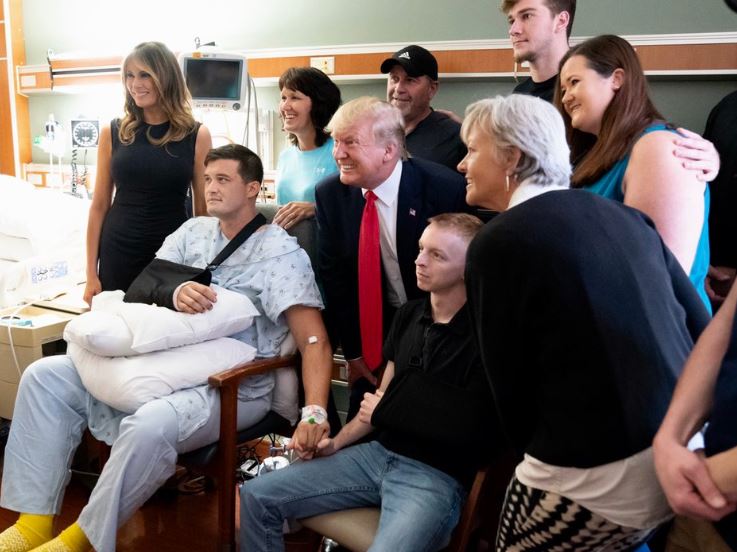 Earlier, Trump also visited Dayton, Ohio where a shooting incident killed ten people, including the suspect on August 4, less than 24 hours after the El Paso shooting.

Police said they neutralised the suspect, identified as 24-year-old Conner Betts, who reportedly had supported progressive Democratic candidates including Senator Bernie Sanders and Senator Elizabeth Warren.During the visits, the White House said that media was not allowed into the hospitals because Trump wanted to meet with the victims' families. "The trips were not about photo ops," a White House spokesperson said. 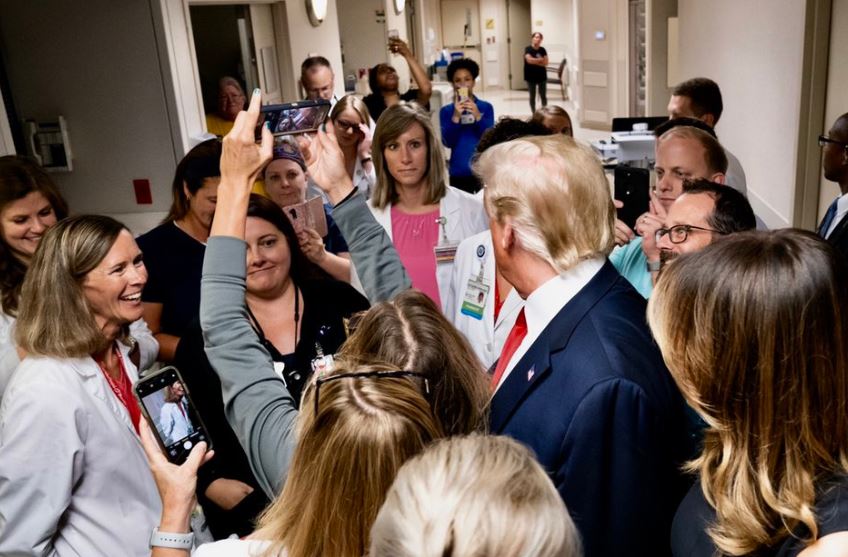 Earlier, Trump said he would "do something" about white supremacy and other hate groups in the country.The US President also called for tighter reforms, ranging from a background check on gun buyers to amendments in the immigration legislation, in the wake of the shooting incidents in El Paso and Dayton.(ANI)